Munk for a Star(t)! – from short films to Golden Lions 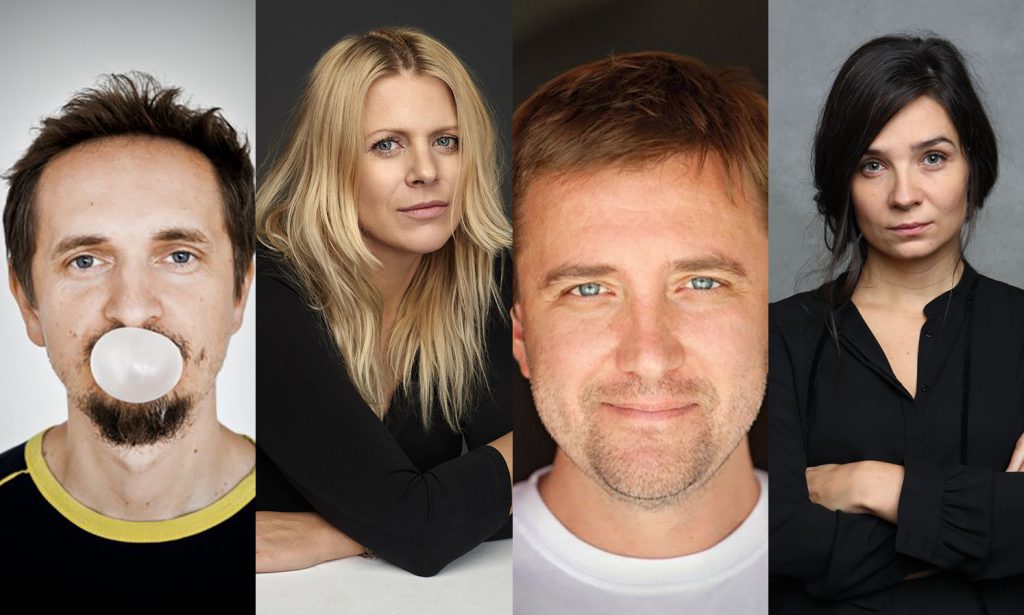 Munk for a Star (t)! is the title of a special screening of four selected films from the “30 Minutes” Programme held by the Munk Studio operating at the Polish Filmmakers Association. The participants of the first editions of the Programme and the protagonists of the review: Bartosz Konopka, Borys Lankosz, Maria Sadowska and Agnieszka Smoczyńska, after a decade that has passed since the premiere of theit short films, today belong to the most important directors of the mid generation.

During the 42nd Polish Film Festival in Gdynia, the viewers will see the following films: “Three for the Taking” by Bartosz Konopka (2006), “Aria Diva” by Agnieszka Smoczyńska (2007), “Alien VI” by Borys Lankosz and “Non-stop colour” by Maria Sadowska (2008). The films selected by the organisers have received many awards at Polish and international festivals, they have been broadcast in the television many times and they have constituted an important step in the careers of the talented directors.

The Programme “30 Minutes” was initiated in 2006 thanks to the agreement of the most important institutions from the film industry: the Polish Filmmakers Association, the Ministry of Culture and National Heritage, Telewizja Polska, the Polish Film Institute, the Wajda School, the Film, Radio and Television Faculty of the Silesian University in Katowice and the Łódź Film School.

From the very beginning, it has been led by the Polish Filmmakers Association. In 2008, in the PFA structures, the Munk Studio started up its activity. Gradually, it widened the catalogue of Programmes for the Young Filmmakers; today, next to “30 Minutes”, they are: “The First Documentary”, “Young Animation”, “Full-length Debut” and recently “60 Minutes”. After Dariusz Gajewski, who was the first Artistic Director of the Studio, in 2016, Jerzy Kapuściński took over this position.

“We chose to select films by the filmmakers who were among the first to debut with short films in the Munk Studio and now successfully make full-length feature films. For over 10 years of the existence of the Programme ‘30 Minutes’, we have made almost 100 features, 23 directors have already had their full-length debut and 6 are preparing for it,” Jerzy Kapuściński says. “I am really glad that to directors, the Studio is a link between school films and their professional debut. The films made in the Munk Studio each year are very successful in Poland and abroad, which opens up the way to future career for the filmmakers. It is exactly what we were striving for, when the “30 Minutes” Programme was created and I am glad that the idea is still being implemented.”

“The ‘30 Minutes’ Programme is an abandoned child of the public television. TVP, by ceasing, apart from single exceptions, the production of television films, has led to the vanishing of a special and important film genre of the television film. It used to include short, medium and full length television films. The young, often debuting filmmakers had the chance to develop their professional skills and the television played an educational and culture-creative role (let us but mention the television films by Wajda, Kieślowski, Bajon, Holland, Falk, Zaorski…).

The beginning of the 21st century. Lack of possibilities to make a short film had to lead to creating a new programme which would at least partially fill the painful gap. The idea and basic rules of the “30 Minutes” Programme were drafted in the Wajda School in 2005, and a year later, together with the Polish Filmmakers Association and TVP Kultura, it initiated its activity. Ten 30-minutes-long films a year, debuts of screenwriters, directors, operators, producers, art directors, sound specialists… all this has been going on for 10 years.”

More about the Munk for a Star(t)! section (CLICK)