Golden Lions of the 46th PFF for Fears 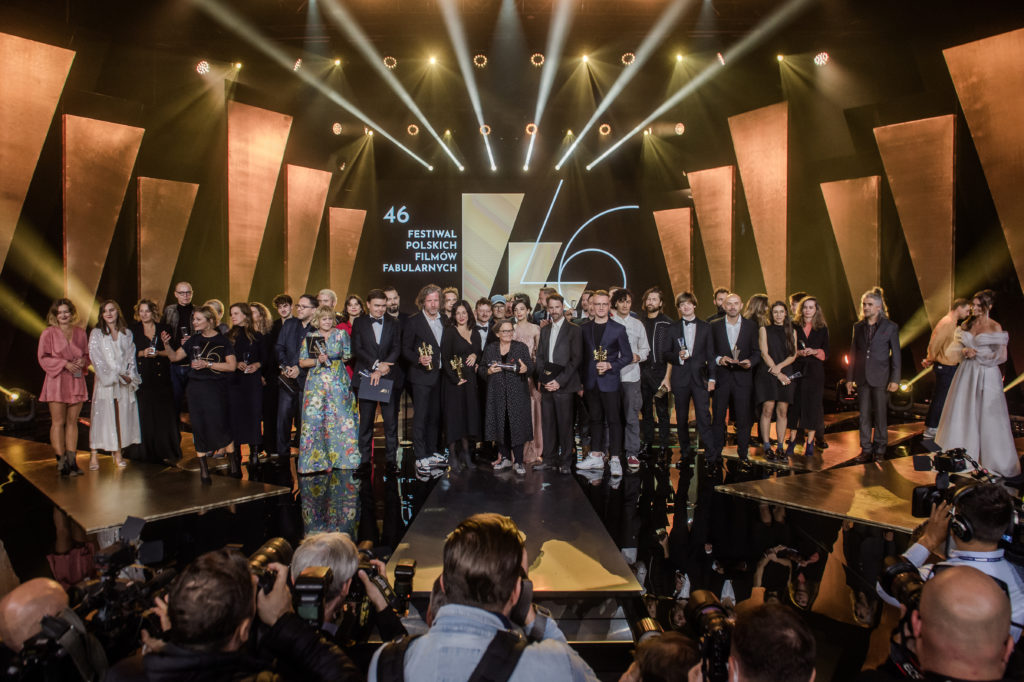 The awards in the Main Competition were granted by the Jury of the 46th Polish Film Festival, composed of:

The GRAND PRIZE of the 46th Polish Film Festival in Gdynia the GOLDEN LIONS for best film FEARS went to directors ŁUKASZ RONDUDA and ŁUKASZ GUTT, and producers KUBA KOSMA and KATARZYNA SARNOWSKA.

The SILVER LIONS of the 46th Polish Film Festival for LEAVE NO TRACES went to director JAN P. MATUSZYŃSKI and producers LESZEK BODZAK and ANETA HICKINBOTHAM.

actress in a supporting role THE TENANT. YOU CAN’T BURN US ALL: Sławomira Łozińska

actor in a leading role OTHER PEOPLE: Jacek Beler

Audience Award granted by the audience voting in Festival cinemas went to Bartosz Blaschke for SONATA.

Also the winners of the other two competitions have been announced at the Closing Gala of the 46th PFF.

decided to grant the Lucjan Bokiniec Award for Best Film in the Short Film Competition to director Alicja Sokół for BROTHER THE FISHERMAN.

The Producer of the Festival is the Pomeranian Film Foundation in Gdynia.

*Emilia Mira Haviarová due to illness has not arrived to Gdynia and has not participated in the works of the Main Competition Jury.