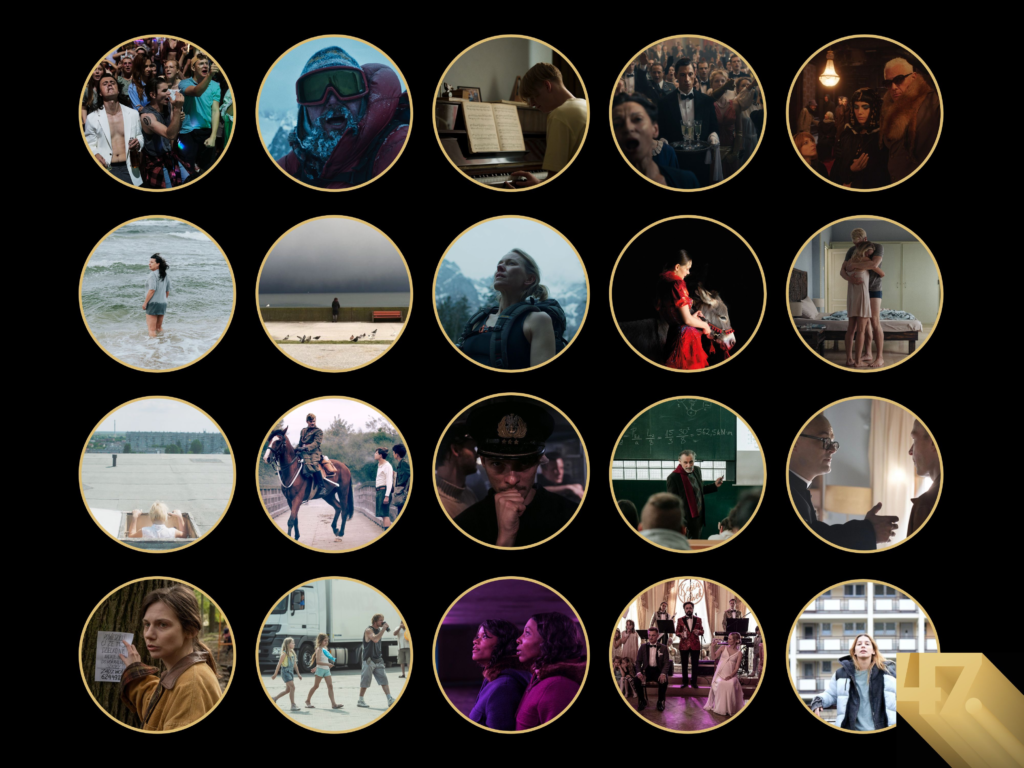 MAIN COMPETITION OF THE 47TH PFF

As many as 20 films have been qualified for the Main Competition. Among them there are 6 full-length directing debuts and 2 director’s second films.

In accordance with the Rules and Regulations of the 47th PFF, films for the Main Competition have been selected by the Artistic Director of the Festival and the Selection Team appointed by him (advisory body in the composition of: a film expert Paulina Kwiatkowska, film critic Adriana Prodeus and film director Janusz Zaorski) and the Organising Committee.

Woman on the Roof, written and directed by: Anna Jadowska, producer: Maria Blicharska

The Short Film Competition of the 47th Polish Film Festival will present 30 films produced by film schools and independent producers, and also made as part of the 30 minutes programme of the Polish Filmmakers Association – ­­Munk Studio. Films have been selected also by the Artistic Director of the Festival, with recommendation of the appointed advisors – film expert Diana Dąbrowska and film historian Maciej Gil.

Lullaby for the Good Ones, directed by: Sebastian Jasnoch, production: Kwiatki Polskie

The Lottery, directed by: Patryk Kaflowski, production: Krzysztof Kieślowski Film School at the University of Silesia

There is No Peace of Mind, directed by: Karol Ulman, production: Krzysztof Kieślowski Film School at the University of Silesia

Don’t Talk to Me Like This, directed by: Hanna Kilińska, production: Gdynia Film School

In the Circle, directed by: Jan Naszewski, production: Harine Films

The third competition section, Microbudget Film Competition, will present films selected in accordance with the rules of the PFI Film Production Operational Programme.

Remember, you can buy your accreditation now! For more information, visit the Festival website and social media.