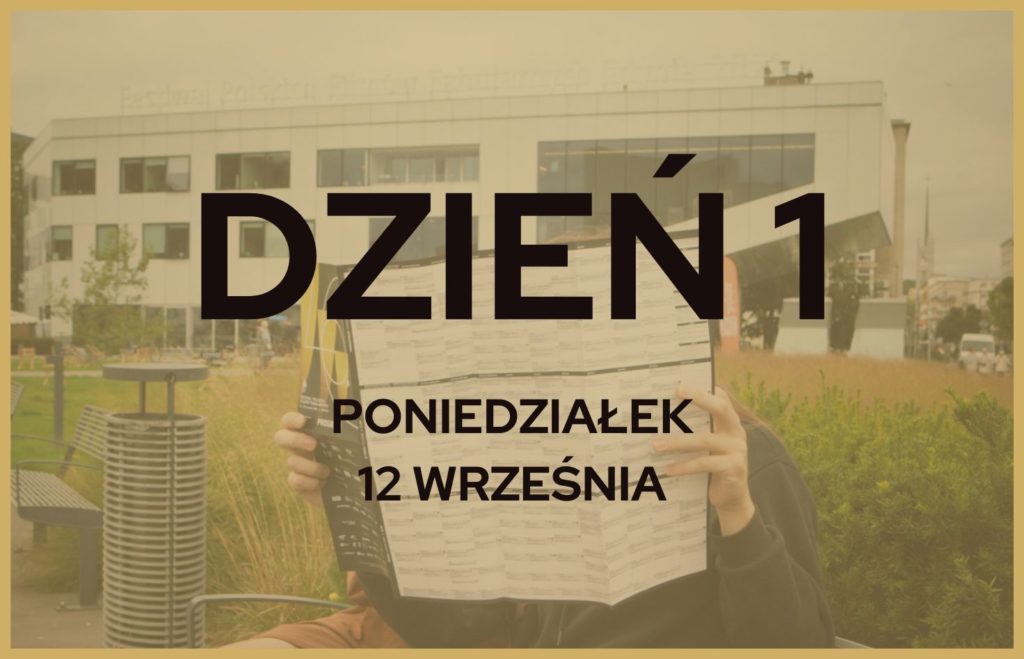 The first day of the 47th Polish Film Festival is upon us!
At www.festiwalgdynia.pl you will find the festival programme and information on accompanying events, meetings and exhibitions.
You can pick up your accreditation today at the Festival Reception desk in the Musical Theatre at Plac Grunwaldzki 1 from 7:30 a.m.