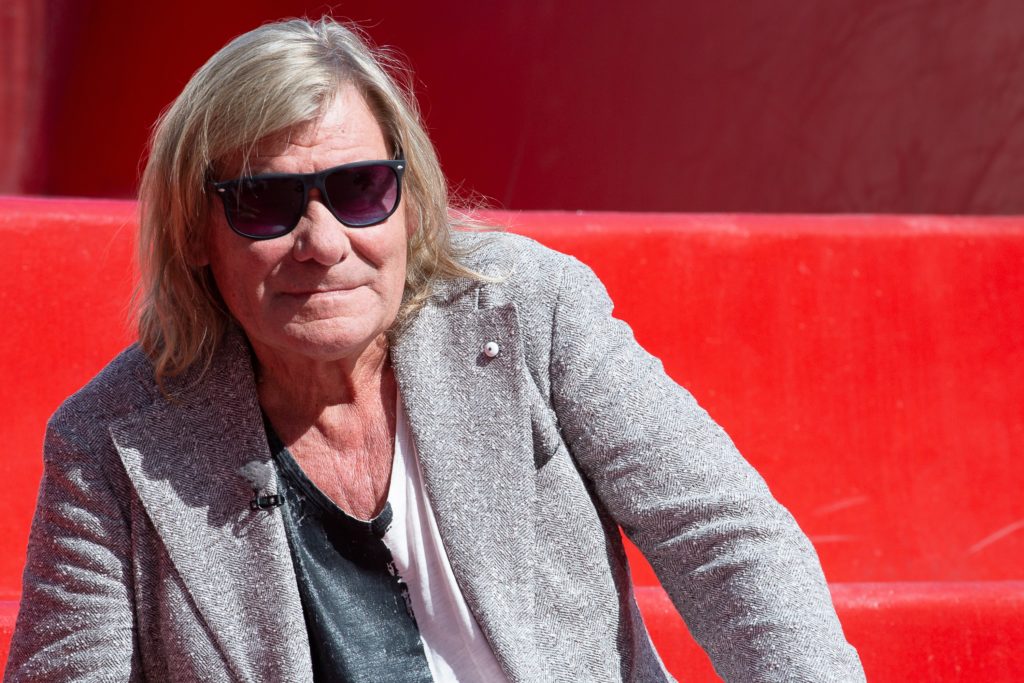 The Polish Film Festival lifetime achievement award will go to Filip Bajon this year. The director and screenwriter will receive the Platinum Lions statuette at the final gala of the 47th PFF.

The laureate’s body of work includes almost 40 feature films and documentaries as well as plays and series awarded at festivals and by prestigious film juries. Many of his works also received awards at the Polish Film Festival, including Aria for an Athlete, Children on Strike 1901, Pendulum, Magnate, Poznan ‘56, and The Butler.

Platinum Lions are awarded annually by the Organising Committee of the Polish Film Festival to honour the achievements of outstanding figures of Polish cinema. Filip Bajon’s candidacy was recommended this year by the Polish Filmmakers Association and the Festival Programme Council.

Filip Bajon was born on 25th August1947 in Poznan. In 1970, he graduated in law from Adam Mickiewicz University in Poznań, and four years later he graduated in directing at the Lodz Film School. In 1971, Bajon published his first novel, Białe niedźwiedzie nie lubią słonecznej pogody, for which he was awarded the Wilhelm Mach Award.

He devoted the first years of his career to developing his filmmaking craft: he made experimental and television films, and joined the Tor Film Studio. His debut feature, Aria for an Athlete, with Krzysztof Majchrzak’s extraordinary role, stood out for its originality and brought the young artist significant awards in Gdańsk and San Remo, among others.

An important theme in Bajon’s career has been the motif of patriotism approached somewhat differently than in the case of other filmmakers. In Poznan ‘56 (1996, Special Award at the PFF in Gdynia), he referred to a well-known and documented historical event without abandoning the most important aspects of his style. In the televised Sauna (1992), he portrayed Poles and their attitudes towards the political changes of 1980-1990 with tender irony and distance. He devoted his comedy It is Better to be Beautiful and Rich (1993) to the subject of the Polish transformation. He also portrayed the confluence of eras and the effects of rapid social change in the drama The Foundation (2006).

For the Polish director, the first decade of the 21st century was marked by adaptations of classic works of Polish literature – The Spring to Come (2001) and Maiden Vows (2010) – both of which enjoyed significant attendance success. In both Maiden Vows and Damaged (2015), he re-read the classic and gave it a contemporary twist. His latest film, the 2018 Silver Lion-winning Butler, depicts the complicated fates of three nations living in the former Polish-German borderland in northern Kashubia, where the border drawn after World War I divided not only the land but also society.

Filip Bajon has directed plays, television theatre and documentaries (including Wanted: Ryszard Kapuściński, 1998, I’ll Tell You When I’m Back, 2008). He has never given up his passion for literature. The short stories Proszę ze mną na górę (1979), the novels Serial pod tytułem (1976), Podsłuch (1994) and the autobiographical Cień po dniu (2008) were published successively.

Over the years, he became increasingly involved in working with debutants and students. For several years he was the head of the Home Film Studio, and in 2015-2019 – the director of the Kadr Film Studio. From 2008 to 2012, he served as dean of the Directing Faculty of the Łódź Film School. He also lectured at The Krzysztof Kieślowski Film School (Katowice Film School). He has repeatedly been on the board of the Polish Filmmakers Association.

In 2002, he was awarded the Knight’s Cross of the Order of Polonia Restituta, and in 2014 the Gold Medal of Merit to Culture – Gloria Artis.