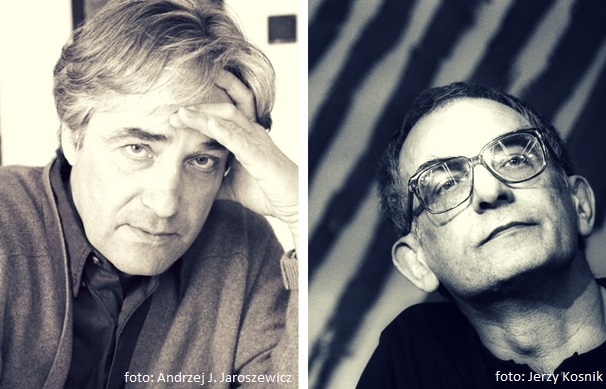 The “Pure Classics” section, presenting the digitally restored canon of the Polish cinematography, has been organised at the Gdynia Film Festival since 2008. This year, it will be presented in a special form as “Pure Classics – In Memoriam”. The section will be dedicated first and foremost to the work of the recently deceased film visuary, Andrzej Żuławski, and of Krzysztof Kieślowski, in the 20th anniversary of his death.

As part of the section, there will be presented a digitally reconstructed “Blind Chance” (1981), which in this way will weave into the programme of the celebration of “Kieślowski’s Year”. It is one of the most famous films by Krzysztof Kieślowski, with the memorable role by Bogusław Linda. The direction which his life will take depends on whether the 20 year old Witek can catch his train. Blind chance or fate? In his film, Kieślowski treats of the forces that manage human fate, including in it a universal message – faith in the internal autonomy of every human being and insistence on common decency regardless of circumstances.

As part of “Pure Classics – In Memoriam” we will see at the 41st GFF four digitally reconstructed films by Andrzej Żuławski from the first, mainly Polish period of his career. The retrospective of the director will start with his debut, “The third Part of the Night” (1971), an Apocalyptic vision of occupation based on family experiences. The audience will also see the “Devil” (1972 – premiere 1988), a story about March ’68 with the excellent part by Wojciech Pszoniak in the leading role and the legendary s-f performance “On the Silver Globe”, the making of which was suspended as an effect of a political decision. The making of the film started in 1976 and finished as late as in 1988. Despite the fact that the audience know “On the Silver Globe” in an incomplete, wounded version, the film won the ranking of top non-Hollywood science-fiction films organised in March 2016 by the Taste of Cinema service.

The review will be closed with the French and German production “Possession” (1981), a film which begins the European part of the director’s work for good. It is a relatively poorly known in Poland story using the conventions of a horror and treating of the possession by one’s own sexuality but it is also a political metaphor, a symbolic description of struggling with the monster of Communism. It is a memorable production, especially due to the great creation by Isabelle Adjani.

Michał Oleszczyk, the Artistic Director of the Festival, adds: “Every year, I am truly touched with the great popularity of the digitally restored masterpieces of the Polish cinema among the audience, as well as happy with the way the members of film crews come to the screenings. This year, the greatest reason for my joy is the presence of digital versions of films by Andrzej Żuławski, whom I consider one of the key Polish artists of the twentieth century, and whose films are still not known enough in his homeland. We currently observe a huge world increase in interest in the work of Andrzej Żuławski; with the screenings in Gdynia, we want to recollect his heritage also in his native land.”

The partner of the “Pure Classics – In Memoriam” section during the 41st Gdynia Film Festival is the Digital Film Repository, which deals in the professional management of digital copies of films, starting with their archivisation and keeping, through creating designs, to the very distribution. As part of the “Pure Classics – In Memoriam” section, the Digital Film Repository provides copies of films after the digital reconstruction and takes care of the best quality of screenings.

See the descriptions of the films of the Pure Classics – In Memoriam section.