The 46th PFF in Gdynia is about to begin 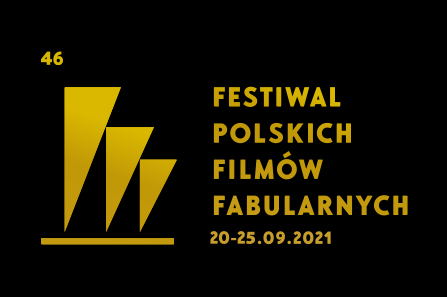 On Monday, the 20th September 2021, the 46th Polish Film Festival in Gdynia begins. Competition and out-of-competition screenings, accompanying events, debates and meetings will be held in the Musical Theatre in Gdynia, Gdynia Film Centre and Helios Cinema in Gdynia. Sixteen films have qualified for the Main Competition of the 46th Polish Film Festival. There are six feature-length directing debuts and three director’s second films. The Short Film Competition will present 24 films produced by film schools, Munk Studio and independent producers. The Microbudget Film Competition comprises feature-length films qualified in accordance with the rules of the PFI Film Production Operational Programme.

Films will be evaluated by the competitions’ juries. The intergenerational bodies are chaired by the three directors: Andrzej Barański in the Main Competition, Małgorzata Szumowska in the Short Film Competition and Magnus von Horn in the Microbudget Film Competition. There will also be deliberations of the out-of-competition juries, including Youth Jury, Film Discussion Clubs Jury and other bodies granting out-of-competition awards. Platinum Lions for lifetime achievements will go to director Agnieszka Holland.

The programme of the 46th PFF comprises numerous out-of-competition sections. Four selected international co-productions, made with significant Polish contribution, will be presented in the oldest Festival accompanying section, i.e. Polonica. A great part of the Pure Classics out-of-competition section, presenting significant digitally restored works of Polish cinema, will be devoted to Andrzej Munk’s films review. Festival audience will have an opportunity to watch the director’s selected films – features and documentaries – screened in four film blocks. The 46th PFF opening film will be Bad Luck, the last film completed by the early-deceased director. Pure Classics section will also be devoted to directors: Barbara Sass-Zdort, Krzysztof Kieślowski, Andrzej Żuławski. On the occasion of the Year of Stanisław Lem, on the director’s 100th birthday anniversary, the programme includes a block of short television retro science-fiction films, being adaptations of the writer’s works. This year’s special screening will hounor 75 years of artistic work of an actress Barbara Krafftówn who will be hosted by Gdynia. In Memoriam screenings will be devoted to artists who have passed away recently: actor Zygmunt Malanowicz and composer Jerzy “Duduś” Matuszkiewicz.

Films form Gdynia section will feature three documentaries and one feature film by the producers related to the Festival host city. Thanks to the cooperation with the Krakow Film Festival, the viewers in Gdynia will watch a documentary film awarded with the Golden Hobby-Horse. Every year, one of the most attended Festival sections is Gdynia for Children, prepared by the Polish Filmmakers Association. The programme, addressed to kindergarten children and the youngest students of primary schools, comprises over twenty short animations and a few feature-length films for children.

Supplementary to the onsite Festival will be the film programme available online. It will include films from the two festival competitions (except for the Mai Competition) and out-of-competition section – nearly 50 titles. There will be live stream of press conferences with the participation of filmmakers from the Main Competition, meetings with the filmmakers of the microbudget and short films. The Festival will also provide in its network, numerous additional materials: columns, analyses, film essays and podcasts.

The programme of the 46th Polish Film Festival is more than films. For the sixth time, the organisers invite to the series of industry meetings Gdynia Industry, addressed to artists, producers, film industry professionals and film school students. Each day of the Festival, a new theme will be discussed: Audiovisual Industry For Climate. How To Make It Greener?; Graphic Art And Design; Ethics And Good Practices In The Film Industry; Polish Classics À La Mode; Changing Business Models On The Film Market – What Has The Pandemic Taught Us?

An important element of Gdynia Industry are meetings of young filmmakers with experienced representatives of the industry, aimed at exchange of experiences and mentoring: 1 on 1 and Industry without Secrets. Producers’ Lunch. The programme includes also the Polish Filmmakers Association Forum, Face to Face meeting with the Polish Film Institute Director, Radosław Śmigulski, and the 46th PFF Closing Debate.

During the three Festival evenings, 21st–23rd September 2021, in the Gdynia Film Centre open-air space, young artists from the Tri-city will play film music. Festival music will culminate on Friday 24th September with the performance of Rebel Babel Film Orchestra together with the invited musicians, solo artists and filmmakers, curated by Łukasz L.U.C. Rostkowski. They will address the legacy of the greatest Polish composers of film music, such as Krzysztof Komeda, Henryk Kuźniak and Andrzej Korzyński.

The Festival will also be accompanied by three exhibitions. The Gallery of the Gdynia Film Centre will host part of the multimedia exhibition devoted to Krzysztof Kieślowski, prepared by the National Centre for Film Culture in Lodz. Museum of the City of Gdynia will present Wajda Anew – Exhibition of Andrzej Pągowski’s Works. Whereas the Students Forum of the Gdynia Film Centre provides access to incredible costumes from Andrzej Żuławski’s film On the Silver Globe designed by Magdalena Tesławska and Krzysztof Tyszkiewicz.

Festival events will be shot by the Festival News Reel crews, composed of the students of Gdynia Film School, Krzysztof Kieślowski Film School at the University of Silesia in Katowice, Lodz Film School, Wajda School and Warsaw Film School.

The producer of the Festival is the Pomeranian Film Foundation in Gdynia.