THE WINNERS OF THE 47th PFF 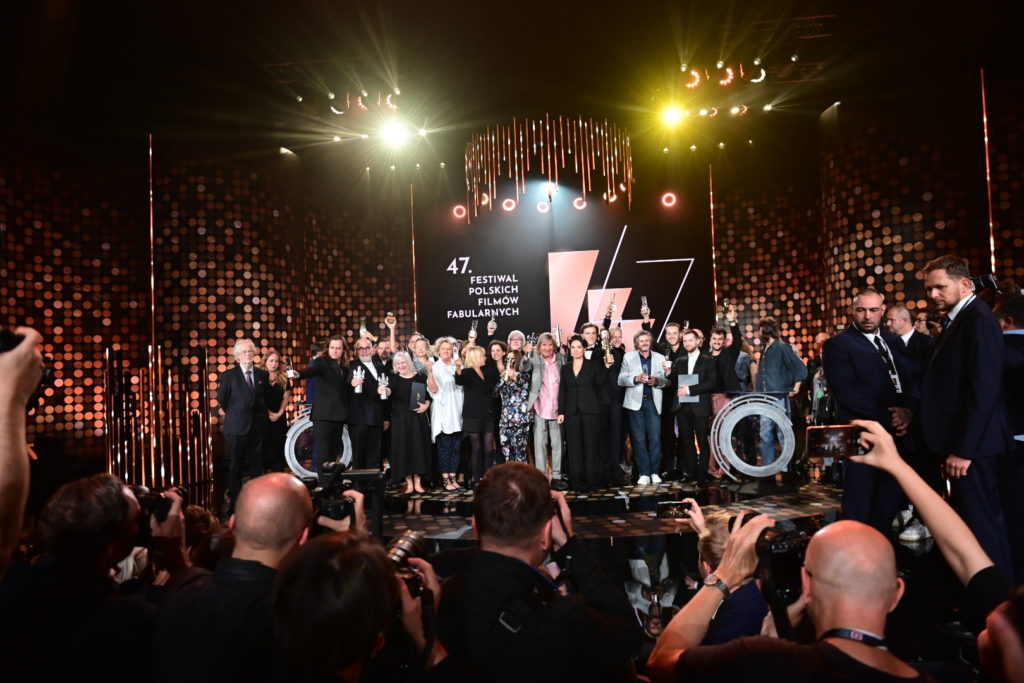 The awards in the Main Competition were granted by the Jury of the 47th Polish Film Festival in Gdynia, in the composition of:

The GRAND PRIZE of the 47th Polish Film Festival in Gdynia the GOLDEN LIONS for best film THE SILENT TWINS went to director AGNIESZKA SMOCZYŃSKA, and producers KLAUDIA ŚMIEJA-ROSTWOROWSKA and EWA PUSZCZYŃSKA.

The GOLDEN CLAW of the 47th Polish Film Festival for the boldness of form and content in the Visions Apart category for APOKAWIXA, went to director XAWERY ŻUŁAWSKI and producers ANNA WAŚNIEWSKA-GILL and KRZYSZTOF TEREJ

JACEK BŁAWUT for directing  the film Below the Surface

PIASEK&WÓJCIK (Bartłomiej Piasek, Piotr Wójcik) for editing, Below the Surface

DARIUSZ KRYSIAK for make-up, Filip and Below the Surface

MAŁGORZATA HAJEWSKA-KRZYSZTOFIK for an actress in a supporting role, Illusion

GRZEGORZ PRZYBYŁ for an actor in a supporting role, Shreds

DOROTA POMYKAŁA for an actress in a leading role, Woman on the Roof

PIOTR TROJAN for an actor in a leading role, Johnny

The winners of the other two competitions have been announced too at the Closing Gala of the 47th PFF.

Microbudget Film Competition Jury in the composition of:

having seen all 7 films qualified for the Microbudget Film Competition, granted the following awards:

For the best made debut, shamelessly romantic melodrama, a sincere and bold film.

for the director of Elephant, Kamil Krawczycki

For a bold and touching film about loneliness and being unable to come to terms with the loss, for a convincing portray of a girl implicated in pathological rituals of football fans.

for the director of Wake Up, Filip Dzierżawski

Short Film Competition Jury in the composition of:

having seen all 30 films qualified for the Short Film Competition, granted the following awards: