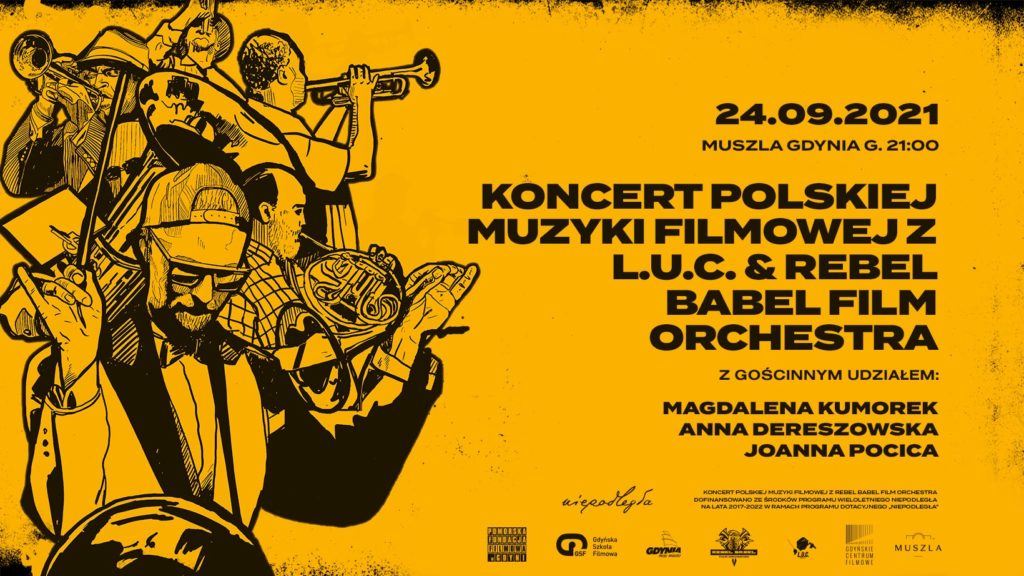 “A 100 Years of Polish Film Music”, a musical project launched simultaneously with “Niepodległa” in 2018 to rediscover the legacy of Polish film score composers, continues with a free concert during the 46th PFF in Grunwaldzki Square in Gdynia. The event will gather musicians, solo artists and filmmakers for an endeavour that will bring the Gdynia music stage and film to the next level. As a background, they will use music written by the greatest Polish film score composers and the canon of Polish films that records the most important events in the modern history of Poland. Side by side, young and experienced musicians, various sensitivities and talents, will reinterpret excerpts from century-old Polish film history. Curated by the talented Polish artist Łukasz L.U.C. Rostkowski with the Rebel Babel Film Orchestra.

The concert will take place in the concert shell at Grunwaldzki Square.