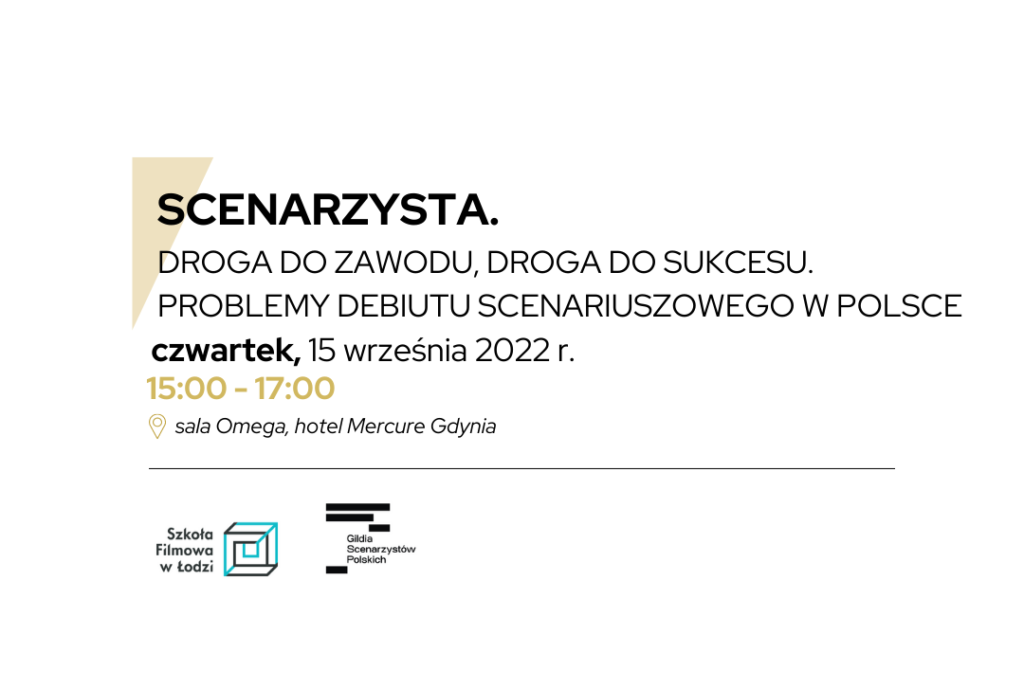 We invite you to a panel devoted to a screenwriting debut. During the discussion, we will talk about the problems faced by budding screenwriters, which usually turn out to be universal for the entire screenwriting community regardless of experience.

We will consider the nature of the profession (long creative process, no licence required), current problems (underfunding, lack of institutional support) and possible solutions (establishing a minimum rate, raising the rank of screenwriters among creators, regulation of contracts, PFI support). We will look at the role of the Polish Screenwriters’ Guild and the possibilities of cooperation between the Screenwriting Department and the Film and Television Direction Department of Lodz Film School.

Presentation of the Library of Film Screenplays