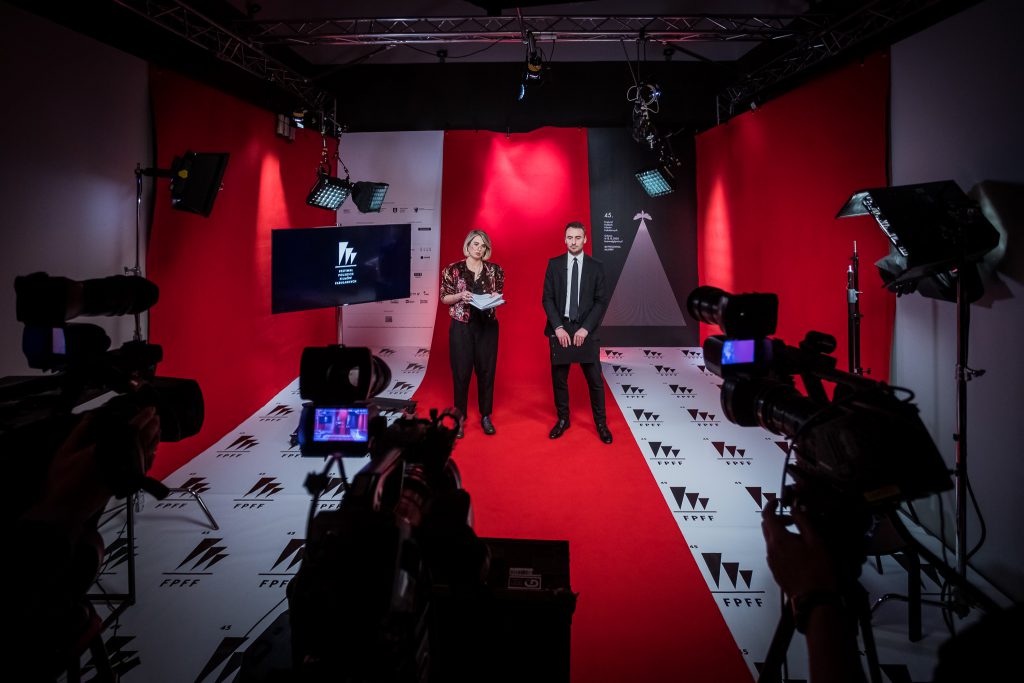 We already know the verdict of the Short Film Competition Jury and the winners of the awards granted by the Microbudget Film Jury at the 45th Polish Film Festival in Gdynia. During the Young Gala on Friday, December 11, 2020, the winners of this year’s non‑statutory awards were also announced.

The jury of the Short Film Competition:

after watching 27 films qualified for the Short Film Competition, it unanimously awarded the following prizes”

THE LUCJAN BOKIŃCA PRIZE FOR THE BEST FILM IN THE SHORT FILM COMPETITION
Financial award in the amount of PLN 15,000

Justification:
Each fairy tale has its own message, but each fairy tale must also end one day. For presenting the process of transition from childhood to adulthood in a fairy-tale form and showing that to become an adult you first have to allow yourself TO BE a child.

Financial award in the amount of PLN 10,000
for the film EQUINOX, directed by Daria Kasperek, production: Film School in Łódź

Financial award in the amount of PLN 5,000
for the film BEYOND IS THE DAY directed by Damian Kocur, production: Tomcat, Kinghouse

During the Young Gala, the winners of the awards granted by the Jury of the Microbudget Film Competition were also announced:

After watching 6 films qualified for the Microbudget Film Competition, the jurors listed the following honourable mentions:

for Sandra Drzymalska for exceptionally interesting portraits of young heroines shown in the films: LOVE TASTING directed by Dawid Nickel and EVERYONE HAS A SUMMER directed by Tomasz Jurkiewicz

for Michał Pukowiec for adapting the form of photography to the collective portrait of the micro-community in the film: LOVE TASTING directed by David Nickel

The winner of the BEST FILM AWARD IN THE MICROBUDGET FILM COMPETITION will be announced during the Closing Gala of the 45th FPFF on Saturday, December 12th.

During the Young Gala, which took place online on Friday, the following extra-statutory prizes were also awarded:

THE HELIOGRAF COMPANY AWARD FOR THE BEST CINEMATOGRAPHY

Production support worth PLN 10,000 in the form of renting photo and camera equipment for the purposes of making another film

ONET AWARD
for Magdalena Koleśnik for her role in the film SWEAT, directed by Magnus von Horn

“ELLE CRYSTAL STAR”
for Magdalena Koleśnik for her role in the film SWEAT, directed by Magnus von Horn

THE JURY AWARD
for Dawid Nickel for the film LOVE TASTING

POLISH FILM ABROAD FESTIVALS AND REVIEWS AWARD
for Agata Kulesza for her roles in the films: 25 YEARS OF INNOCENCE, HATER, MAGNESIUM and NEVER GONNA SNOW AGAIN

“GOLDEN KANGAROO”
for Piotr Domalewski for the film I NEVER CRY

for Iwona Siekierzyńska for the film AMATEURS

We invite you to watch the Award Gala and Closing of the 45th Polish Film Festival on Saturday, December 12, 2020, at 7.00 PM on TVP Kultura. We will meet the winners of the Golden and Silver Lions, as well as the winners of individual awards in the Main Competition of the 45th PFF.