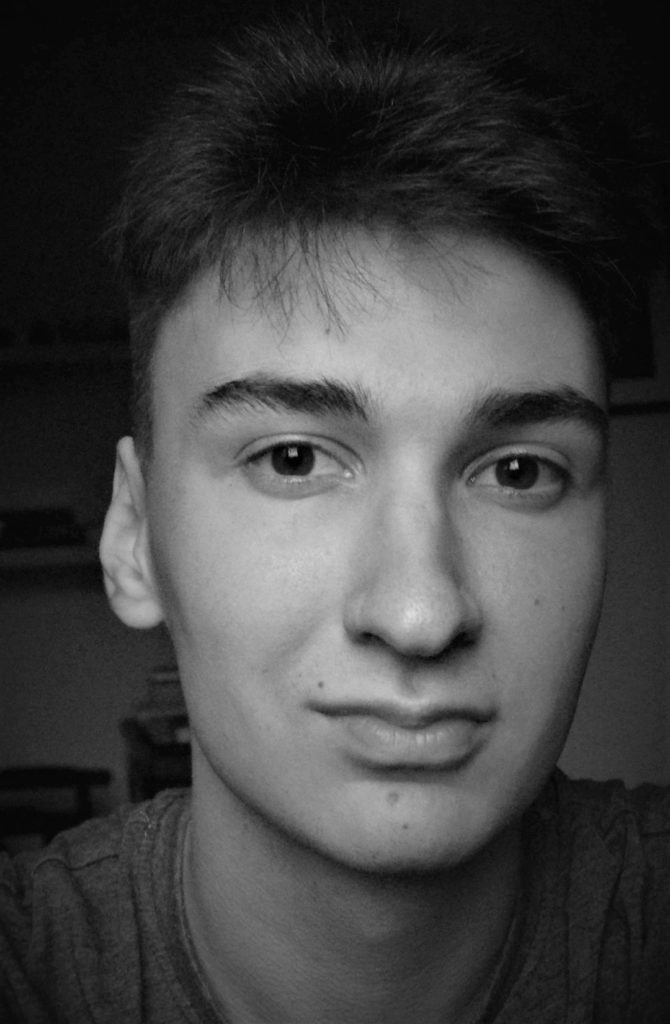 Graduated from King Jan III Sobieski High School No. 2 in Krakow. Winner of literary, theatre and film competitions and tournaments. Author of poems and prose (who this year publishes his debut collection of poems, Szew), music enthusiast, amateur composer and, as of recently, student of the Faculty of Radio and Television at the University of Silesia in Katowice. He discovered his passion for film very early, which made him watch Wiene and Dreyer at a questionably appropriate age. Today, film fascinates him as something more than just a means of expression. He views it as a film culture nourished by creators and the audience. He’s looking for new dichotomies in Polish cinema.