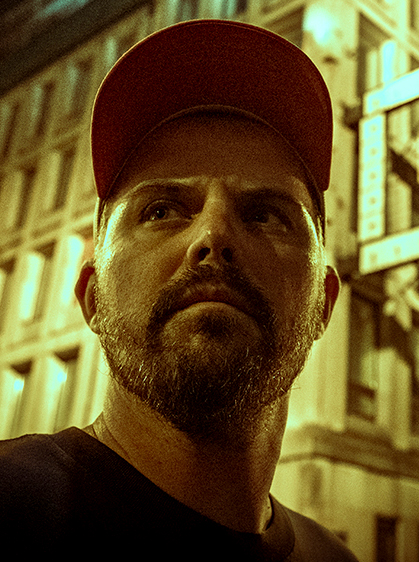 Director, storyboard artist, screenwriter. He graduated from the Faculty of Graphic Arts of the Academy of Fine Arts in Warsaw and from Wajda School. One of the directors of Stacja Warszawa and creator of short films, including the award-winning The Streetlamp Man and Romantik starring Robert Więckiewicz and Justyna Wasilewska. Author of award-winning commercials and music videos, e.g. for Ania Dąbrowska, Natalia Sikora, Pezet, Kamil Bednarek and the band Afromental. He created storyboards for over five hundred commercials and dozens of feature films, including those by Agnieszka Holland, Kasia Adamik, JuliszMachulski, Władysław Pasikowski and Krzysztof Zanussi. Winner of 2011 Fryderyk award for directing the music video Bang Bang for Ania Dąbrowska.