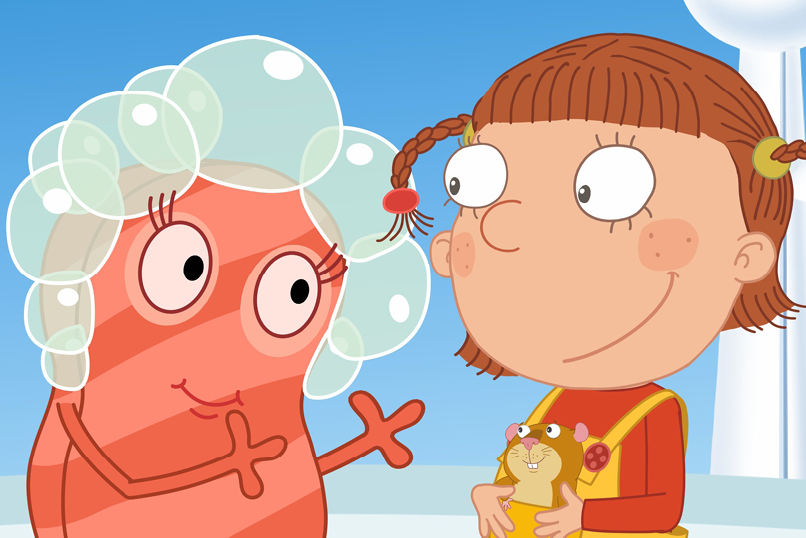 Mum reminds Agatha to wash her hands after planting flowers. Despite his
protests, Agatha takes Cyryl with her to the bathroom. Suddelny Green
Soap jumps out of Agatha’s hands and plunges into the washbasin. Agatha
travels to Soapland with him and finds herself in the middle of a
foam-beating and soap bubble contest. Agatha and Cyryl root for their
friend and when Green Soap wants to withdraw from the competition
because of one of the rival’s unsportsmanlike conduct, Agatha motivates
him to go on and so Green Soap wins. In the real world Agatha voices no
more protest when her mum asks her to always remember to wash her
hands…