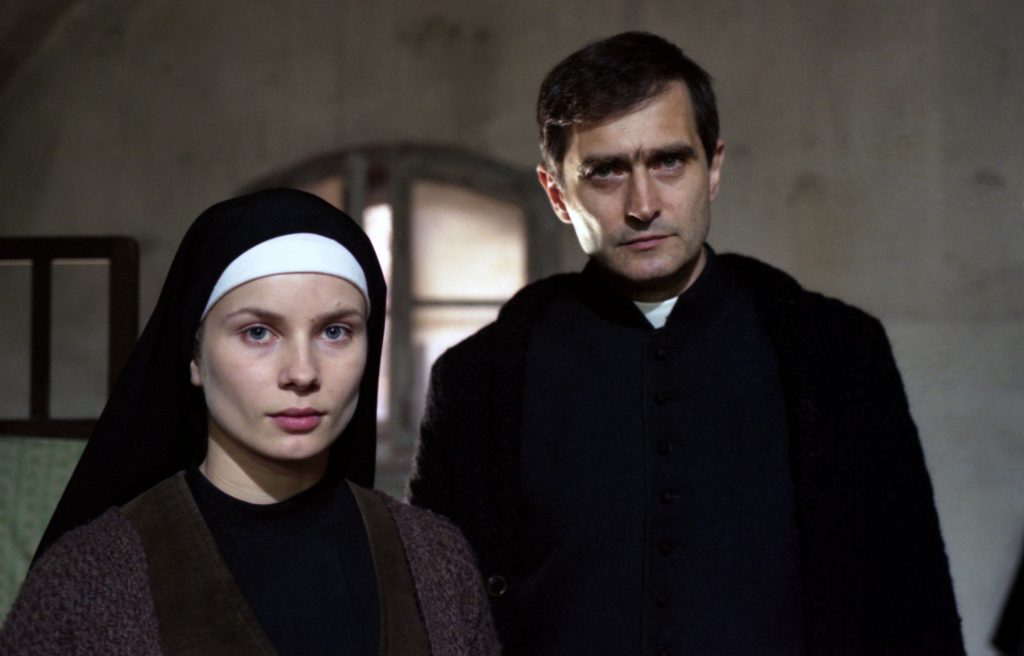 Poland, the 50’s. In a gloomy scenery of a Stalinist prison, human dramas unfold. The nun Anna is assigned to a group of people taking care of the imprisoned church official. She doesn’t realise that she will serve a man she has already met. He was then just a countryside parish priest and she was his hostess. When he realised the girl loves and wants him like a woman loves and wants a man, he ran away. She joined an order of nuns. She they meet again inside the prison walls, the old feeling outbursts in her with new power. The camp commanding officer knows that the priest and the nun know each other. He decides to use it. He persuades Anna to spy on the priest.