40th GFF Audience Award for the film “These Daughters of Mine” 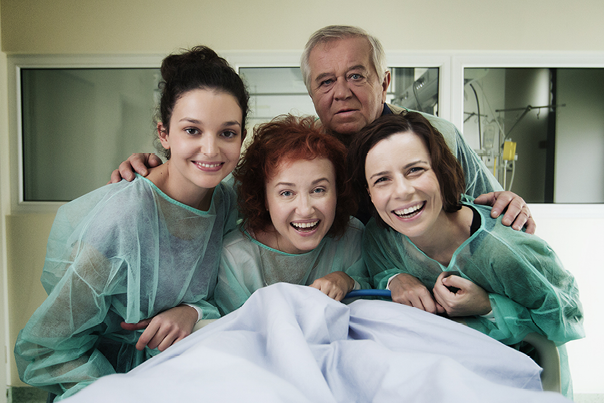 The film “These Daughters of Mine” by Kinga Dębska received the Audience Award of the 40th Gdynia Film Festival.

The Audience Award Winner was chosen by the Viewers of the 40th GFF, who scored the Main Competition films from 1 to 5 via voting cards received before the screenings during the Festival.

Voting was held during the Main Competition films’ screenings in the Gdynia Film Centre and in Multikino, except for the screenings labelled as “the last screening” in the programme.

The Audience Award in the amount of PLN 15 000 goes to the director of the film “These Daughters of Mine” – Kinga Dębska.

Expressing their congratulations on account of the success of the film creators, the Directors of the Gdynia Film Festival would like to sincerely apologize for the delay in granting the award, which took place after the Closing of the Festival.

Michał Oleszczyk, the Artistic Director of the Festival, states: “Saturday, 19th September, was a day of the hardest trial possible to us, the organizers: not only emotionally but also logistically. Information about the sudden death of Marcin Wrona made us completely reformulate the Closing Ceremony of the Festival. A new script of the gala was devised, in which, unfortunately, the Audience Award was hastily overlooked. I kindly ask the creators of “These Daughters of Mine”, a film so brilliantly received both by the audience and the journalists present at the Festival (who have awarded it with their prize), for forgiveness and understanding of the situation of the organizers, suddenly faced with a tragedy.”