A premiere of the film “Generations” by Janusz Zaorski 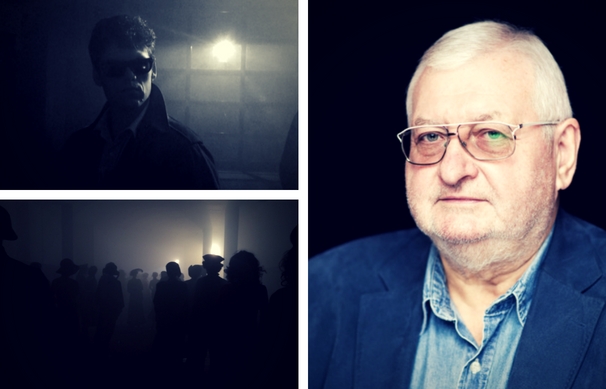 “Generations” by Janusz Zaorski is a full-length feature and documentary film which was made on account of the anniversary of the Wroclaw’s Wytwórnia Filmów Fabularnych. Out of 450 films made in WFF in Wroclaw, Zaorski selected around 50 titles and ordered fragments of those not according to the date of their production but according to the chronological history of Poland, starting with “Generations” by Wajda, through films by Chęciński, Has, Kutz, Polański, to Holland, Kieślowski, Marczewski, Zanussi and many others. In this way, an unusual image of several dozen years of the history of our country and the Polish cinema was created, finished up in a contemporary frame.

Making reference to Andrzej Wajda’s “Generation”, the film’s plot starts in 1939 with a scene of stealing carbon from a German commodity train. Four playful boys (Cybulski, Polański, Łomnicki, Ber) violently enter adulthood. One of them (Ber) is shot dead by a German soldier, another one (Jaś Krone), after the entire stock of ammunition is gone, decides to commit suicide and jumps off the top floor or a staircase. A fragment of the film “Olympics 40” presents the resistance of the Polish soldiers who, in defiance of their commanding officer, organise “olympics” in the stalag. The end of the war is shown by, on the one hand, Cybulski in “How to be Loved”, who leaves his shelter where he used to hide, and on the other hand – Maciej Chełmicki. The protagonists of the “Our Folks” comedy: Pawlak and Kargul come to the Regained Land.

The following sequences of the Polish history – and at the same time, of the history of the Polish cinema – are shown by suggestive frames from the most important Polish films: “Nobody’s Calling” by Kazimierz Kutz, “Agnieszka 46” by Sylwester Chęciński, “Suspended” and “The Last Ferry” by Waldemar Krzystek, “Shivers” by Wojciech Marczewski, “The Great Race” by Jerzy Domaradzki, “The Noose” by Wojciech Jerzy Has, “Jump” by Tadeusz Konwicki, “Knife in the Water” by Roman Polański, “Index” by Janusz Kijowski, “Yesterday” and “March’s Almonds” by Radosław Piwowarski, “Anatomy of Love” by Roman Załuski. This 100 min long lesson of history is finished off with Piotr Łazarkiewicz’s film “The Wave” and its supplement, that is, a reunion in 2015 with the protagonists from the film from 1985. In the building of the old WFF-2, Maciek Chełmicki from “Ashes and Diamonds” makes a tour around the production company, the old one which we will see on the archival copies, as well as the new one, equipped with modern audiovisual devices.

“I made my debut with the film <To Run Away As Near As Possible> in the beginning of the 70’s in the Wrocław Film Production Company. In total, I made five films there and I actually lived in the capital of Lower Silesia for five years. This is why I am quite sentimental about this city and it was with great joy that I undertook the making of a film about the Wrocław WFF on account of its anniversary,” says Janusz Zaorski. “I assume that the idea to order film made in the Wrocław production company not according to the date of their production but in such a way as for them to create an idiosyncratic film history of Poland would not have come to my mind but a few years ago. However, I was taught the synthetic way of thinking by a several dozen years of directing, twenty years of reading critical and film pieces of writing as a juror in the Krzysztof Mętrak Award competition, and by teaching at the Directing Department of the Theatre Academy in Warsaw. “Generations”, an image comprising of fragments of films made in Wrocław, is at the same time a very personal statement of mine. It is my history of the film, my history of the country. Generations of Polish filmmakers have accompanied generations of viewers for years. For good and for worse.”

“There is more to the film by Janusz Zaorski than a sentimental journey through a quarter of a century of the Polish cinema – although this aspect of it is very important,” says Michał Oleszczyk, the Artistic Director of the Festival. “Thanks to the subtlety of the director, fragments of the films recalled begin to create a story of their own about the history of our country and our collective imagination, the expression of which is, clearly, the cinema. I am very glad that the viewers of the Gdynia Film Festival will be able to familiarise themselves with this expression of film erudition and love to cinema which “Generations” constitute.”

The screening of the film and a meeting with its makers will be held on 22nd September 2016 at 12.00 pm in the Gdynia Film Centre.