A screening of “Crache-Coeur” with Andrzej Chyra at the 40th GFF! 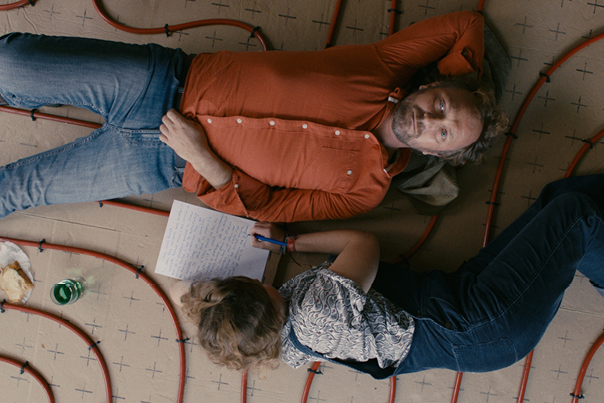 A debut film by the Polish-French director Julia Kowalski with Andrzej Chyra in one of the main roles had its world premiere during this year’s Cannes Festival. As soon as on Thursday, the film will be presented at its only screening during the 40th Gdynia Film Festival. 17th September, 3.30 PM, Multikino, screening room 3.

The film was enthusiastically received also by the accredited journalists of the 15th T-Mobile New Horizons Festival in Wroclaw.

“Crache-Coeur” is an image of growing up from a girly perspective: it is honest, nostalgic and it hurts a bit. It tells the story of what we’ve all been through. And watching it is like reading a teenager’s diary, including those embarrassing entries.

As soon as tomorrow, the film will be presented at its only screening during the 40th Gdynia Film Festival. 17th September, 3.30 PM, Multikino, screening room 3. After the screening, there will be a meeting with the director, Julia Kowalski and the producer, Maria Blicharska.

Soon after Gdynia, the film will have its Asian premiere at the 20th Film Festival in Busan, where it will be presented in the prestigious Flash Forward section.

“Crache-Coeur” in the Polish cinemas from 27th November, distributed by Alter Ego Pictures

Film description: Rose, a teenage girl growing up without a mother in the French countryside, senses that only now is the time she will be able to allow herself to rebel and rage. She struggles with extreme emotions and fights her own innocence. The Polish origin of her father has nothing to do with this. Childhood is irreversibly gone and the teenage body is no longer for fun – now it is another source of madness and a commodity on the market of peer bodies. Rose finds another way to build a relationship with a boy. She makes use of the situation – a Pole employed by her father has got a son whom he abandoned in the past and with whom he wishes to restore the family bonds. The girl walks right into the middle of an emotional puzzle between the father and the son.