Andrzej Barański and Wojciech Jerzy Has have been honoured by the Polish section of FIPRESCI! 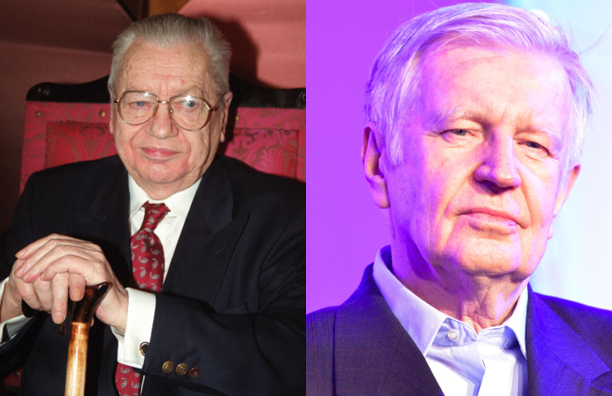 Film critics and publicists associated in the Writing Circle at the Polish Filmmakers Association (the Polish section of FIPRESCI), on account of the upcoming 40th Gdynia Film Festival, have decided to award honorary prizes for lifetime film achievements

By a vast majority of votes, Andrzej Barański became the Prizewinner of the Platinum Film Tape. In a similarly unrivalled manner, Wojciech Jerzy Has won the Special Memorial Film Tape.

“The Festival organisers have organised a plebiscite in which the audience will select the prizewinners of the 40th anniversary Platinum Lions out of the prizewinners of all the previous editions of the event. We decided to award our Platinum Film Tape to the filmmaker who has never received the Platinum Lions even though he contributed beautifully to the history of the Polish cinema,” says Barbara Hollender, the Chairperson of the Film Writing Circle of the Polish Filmmakers Association. “It is with great joy that I have received the results of my colleagues’, the Circle members’, voting. Andrzej Barański, the author of, among others, ‘A Few People, a Little Time’, ‘Two Moons’, ‘Bachelor Life in a Foreign Country’, ‘by the River Nowhere’, ‘Taboo’, ‘The Friar Minor’, is a filmmaker that is separate, invulnerable to fashion, seeking for values far from the madding crowd, often in a world that has already passed. I think that without his sensitivity, honesty and film reflections, the Polish cinema would be poorer. We also wanted to remind of the outstanding artist who breaks out of any schemes: Wojciech Jerzy Has. We hope that the Memorial Film Tape will encourage the young generations of the cinema aficionados to view his works which, despite the flowing of time, have not grown old at all.”

The awards will be given out during the 40th Gdynia Film Festival, on 18th September 2015, at the so-called Young Gala in the Musical Theatre.

The Artistic Director of the Festival, Michał Oleszczyk, emphasises that the initiative is especially important to him: “As a film critic and a member of FIPRESCI, I am greatly pleased that Barbara Hollender came out with the idea of awarding two special Film Tapes. In my opinion, both the gesture of appreciation for such an outstanding and separate filmmaker as Andrzej Barański, and the paying tribute to the memory of Wojciech Has are beautiful and significant contributions to this year’s Festival, and I am deeply grateful to the Film Writing Circle for the holding of the vote and to the Polish Filmmakers Association for funding the prizes.”

The Platinum Film Tape and the Memorial Film Tape are awarded for the first time. They are a reference to the annually awarded Golden Film Tapes to the best Polish and foreign filmmakers, that is to the official prizes awarded since 1985 by the film critics of the Polish Filmmakers Association, associated in the FIPRESCI International Federation of Film Critics. Critics from a several dozen of countries from all over the world belong to the organization, which exists for over seventy years.