Andrzej Barański: I have been looking for the extraordinary within ordinary things 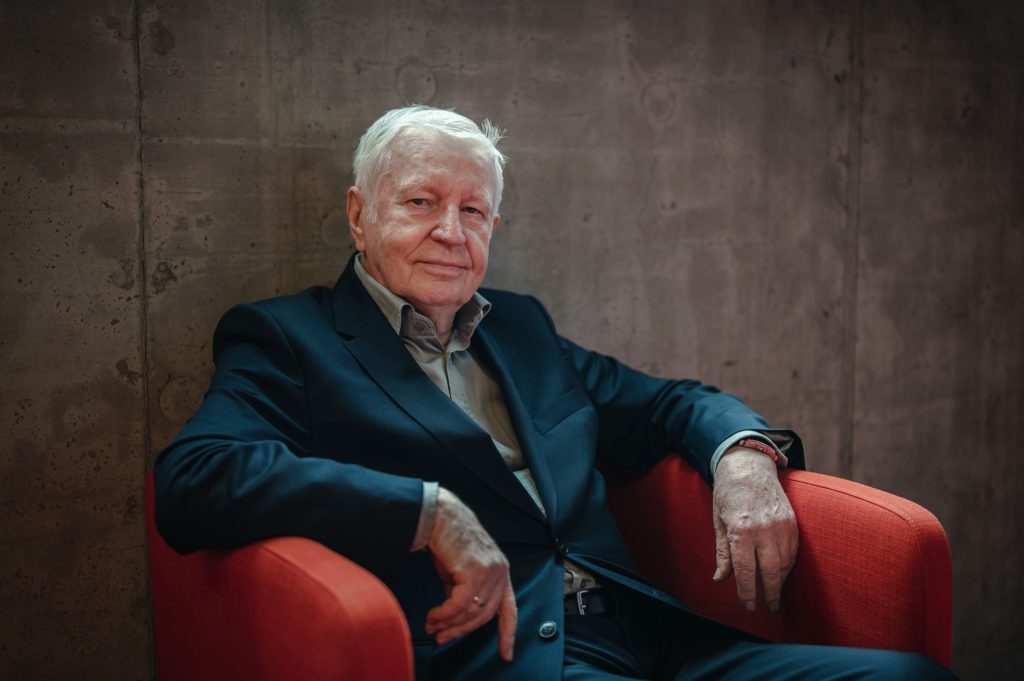 About the search for the extraordinary within trifle and ordinary things, about the attempt at reaching the gist of the cinema by the Polish filmmakers, and about the particular kind of responsibility connected with the assessment of fellow creators’ work. We talked about this all with Andrzej Barański, the Chairman of the Main Competition Jury at the 46th Polish Film Festival in Gdynia.

Last year you were awarded for lifetime achievement here in Gdynia. Now you are presiding over the Main Competition Jury. This role appears to carry the load of responsibility.

Andrzej Barański: I’ll tell you more: This is a particular kind of responsibility. On one hand, I need to come to terms with the fact that I’m on the other side, trying to assess fellow directors and other filmmakers. On the other, this is an exceptionally difficult duty as the film, being a form of art, is non-dimensional. It cannot be measured with tools or rational methods. There are certain indicators of expertise, such as professional knowledge and the ability to control the film tissue. Yet, we realize that although the table in van Gogh’s painting is crooked and falling aside, his work is an exceptional masterpiece. Therefore, you need to make allowances for the fact that beyond the image on the screen there is another reality which must not be ignored.

In other words, the superficial image on screen conveys concealed truths?

A.B.: You know, these days it is very easy to buy a camcorder and record something yourself. Practically anyone can learn such basic skills. It is enough to buy a handbook and do it within a certain simplified scope. Yet, I believe that you can expect more from a professional – some kind of metaphysics, something extraordinary – an attempt at reaching the gist, the most important element of cinematography. Please note, that since the invention of the cinema, the focus has always been on the extraordinary – juxtaposing the dark and light images, combining long shots with the short ones. I think that evaluating films these days we should ask ourselves if the director is looking for that gist and if he or she perceives cinematography in this original sense.

Interestingly, you have been looking for the extraordinary within the most ordinary things and events. In your films, the gist is contained within the smallest of trifles, within things that are far from being spectacular.

A.B.: I don’t want to refer to the existing science of daily life metaphysics. My cinema is rather about the poetry of daily life. Yet, you are right that throughout my life I have been looking for the extraordinary within trifle and petty things, basing on the daily life of simple people. For example, in case of Braciszek [The Friar], the story of a fundraiser and almoner constantly awaiting beatification struck me with its authenticity. Pope John Paul II once said that his sainthood emerged from small particles. This man wandered around villages and met simple people, who eventually started looking for evidence of his sainthood. They described his journeys in their own words. These were little stories. The brother did not perform any miracles after all. Yet, he made enormous impression on those people. His life shows different views on the concept of holiness. Educated people and people from the country perceive it in different ways.

How do you position yourself within this division? Perhaps I can venture a statement that two kinds of sensitivity are clashing within you – that of a man born in the countryside who eventually decided to enter the world of art and graduate from a film school.

A.B.: I suppose you are right. Having experienced life in the countryside, I developed ways of perceiving reality which cannot be taught at any university. Therefore, I am comfortable among geniuses and great works of art, being able to look at them through the prism of the simple. I do not create borders between the two groups. Once I made a film entitled Niech gra muzyka [Let the Music Play]. It was after I had read a classic book from XVI century entitled Lives of the Artists by Vasari. At the same time I had some notes on my desk written by a non-professional ethnographer Franciszek Kotula about country musicians. Out of a sudden I had an epiphany. I perceived the correlation between the top-notch Renaissance masters with the simplest of musicians, who performed despite the lack of any particular talent. The quality of the work is surely different, but the urge to create art is the same. When I started juxtaposing them, I found the same – yet perceived differently – life adventures, creative struggles, the sense of being different from the rest of the community.

Have you experienced the sense of being different? You have been described as a creator isolated from the Polish cinema and outrageously uncelebrated. Was it difficult for you to be an outsider?

A.B.: There were times, when the reception of my films was limited to omission and they were not accepted at festivals. I managed to calm down quickly and i was not nervous. I always believed that my films were valuable and extraordinary. I managed to come to terms with this extraordinary factor within me.

The reason why I am asking is because you were absent from the Polish cinema for nine years.

A.B.: I spent that time beside the bed of my ill wife. Over seven years, I left my home only four times – each time for one day. In fact, I consider this period to be most beautiful – I could be helpful to her. In that period I had one or two scripts. Yet, having a script does not translate to creating the finished film. This is especially true in case of these projects of mine which require exceptionally strong will. You need to walk your ways into the execution of a film. This process might take years. For example, I made the mentioned Braciszek [The Friar] ten years after I had submitted the script. I already forgot about it when the Polish TV rediscovered it somewhere.

I guess it was also the case with Badyle [Stems], the TV Theatre spectacle based on the writings of Tadeusz Różewicz and Marek Gajdziński, which marked your recent return to artistic activity.

A.B.: Indeed, this is a similar story. I met Różewicz when I worked at the students theatre in Gliwice. Many years ago I prepared the script based on his two stories: Ta stara cholera [The Old Hag] and Na placówce dyplomatycznej [Diplomatic Mission], and submitted it for production. The TV responded that ‘there’s too much of Różewicz right now and it needs to wait’. Actually, there were no films based on his writings at the time. I did not dare to repeat to Różewicz what they had told me so I said that they were very interested but had some financial difficulties. Just like in case of Braciszek [The Friar], many years needed to pass before I heard that it was worthwhile coming back to the old idea. When I eventually had the execution in sight, I needed a story that would complete the structure of this spectacle. Then I recalled the story by Gajdziński I had read many years before in Twórczość monthly. I’m really glad that I managed to finalize this project.

I wonder if this can be interpreted as an announcement that you are returning to cinematography?

A.B.: In short: this is the plan. In the meantime I made another play by Różewicz – Stara kobieta wysiaduje [Old Woman Incubating]. There will be a chance to watch it at the beginning of October, on the occasion of the centenary of the birth of Tadeusz.

We started the conversation with Gdynia. Let’s finish with Gdynia as well. You presented your films here already in the 80s. How do you remember those Festivals?

A.B.: I am from the generation that still remembers the times when the Festival was held in Gdansk. When I think about those times, I’ve got an image of pilgrimage in my mind. The Festival constituted our Compostela. At the same time, it was a place filled with hope for the young and for the old, for everybody who devoted their lives to creating these marvellous toys for the eyes.

The interview was conducted by: Mateusz Demski

Film, theatre and tv director, screenwriter. Born in 1941 in Pińczów. Studied at the Silesian University of Technology in Gliwice. Later he opted for directing studies at the Lodz Film School. After graduation he worked for Wytwórnia Filmów Oświatowych (Educational Film Studio). His most significant films include W domu [At Home] (1975), Kobieta z prowincji [Woman from the Provinces] (1984), Nad rzeką, której nie ma [By the River Nowhere] (1991), Dwa księżyce [Two Moons] (1993), Parę osób, mały czas [A Few People, a Little Time] (2005), Księstwo (2011). He received numerous awards, among other things, for lifetime achievement at the Vitae Valor Film Festival in Tarnów (2007), Platinum Lions at the PFF in Gdynia (2020) and the Silver Medal for Merit to Culture Gloria Artis.

This interview comes from the KLAPS Festival Newspaper. The complete issue is available  HERE