“Be critical!” and come to the 44th FPFF 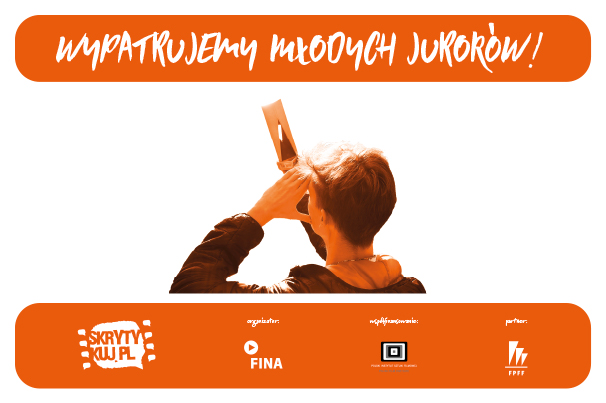 Are you a teenager interested in cinema? Do you want to watch Polish films, discuss them and reward the most interesting new picture? Take part in the national “Be critical!” competition organized by the National Film Archive – Audiovisual Institute and you’ll have a chance to come to Gdynia in September for the 44th Polish Film Festival.

The Youth Jury will evaluate films from the Main Competition of the 44th Polish Film Festival, meet representatives of the film industry and take part in accompanying events. The “Skrytykuj.pl” statuette will be presented to the creators of the selected film during the Young Gala on Friday, September 20, 2019.

Young Jurors can be aged 15 to 19 years old. To submit your candidacy, write or create a video review of a chosen film and publish it on the www.skrytykuj.pl website until July 7, 2019. The organizer will invite the authors of the best three reviews to be members of the Youth Jury. Names of the winners will be announced on July 23, 2019.

The organizer provides accommodation and meals for the Young Jurors throughout the 44th Polish Film Festival, which will be held on September 16 – 21, 2019 in Gdynia.

Organizer of the “Be critical!” Competition is the National Film Archive – Audiovisual Institute. Co-financing is provided by the Polish Film Institute.