Coming soon: the finale of the contest for a spot about honesty in culture 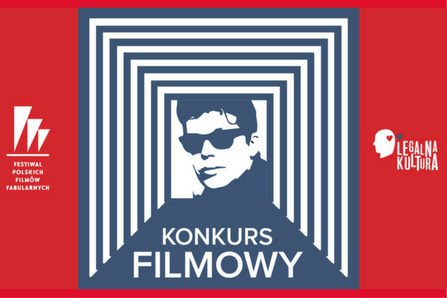 Only until 6th September can films for the contest for a spot promoting the honest use of culture be submitted. You do not have to be a professional maker to take part in the contest. Creativity and the skill of reaching the recipient with the message is what counts. The spot can be made with a camera, a smartphone or by making an animation. The winners will be announced at the 42nd Polish Film Festival in Gdynia.

Inspiration for this year’s edition of the contest were the words of Zbyszek Cybulski: “Film is the most popular kind of art because to billions of people, it is still as crucial as bread – due to its atmosphere and the fact that each viewer when watching a film is looking for their own face, their own life, problems that touch them personally”. The reference to Cybulski’s words draws attention to the extremely important role of the cinema in the era of digital culture. – The Internet has no doubt changed the world, interpersonal relations, access to culture and the manner of dealing with films. We live in a realm of motion pictures that accompany us at each step. In this stream of information we should not, though, lose sight of the most important issue: the cinema, and more broadly, culture, is a communion of makers and recipients – they do not exist without one another. This is why it is so important to use the legal sources of culture, giving access to films and culture in accord with the will of the filmmakers and with the law. The message is obvious seemingly only as we, usually honest in the real life, often do not transfer the proper behaviours to the Internet, while we do not become someone else there. The same rules apply – the organisers of the Legal Culture contest declare. The aim of the Contest for a spot about honesty in culture is to promote the proper behaviour and to show how important for the condition of culture using its legal sources is.

The spots, of an authorship nature, can be submitted by natural or legal persons, as well as by film crews. All the materials used in the film – music, films, photographs, books, illustrations, games and others – must come from legal sources and cannot breach neither the copyright nor personal goods of third parties.

The films submitted will be evaluated by the Short Film Competition Jury of the 42nd Polish Film Festival, which will grant the following awards:

In addition, the winners of the Contest will complete an internship at the film sets of the best Polish producers.

The finale of the Contest for a spot about honesty in culture will take place during the 42nd Polish Film Festival, which will be held from 18th to 23rd September 2017. Detailed substantial assumptions of the Contest, the mode of submitting films, and technical requirements are in the Rules and Regulations of the Contest, available at: www.legalnakultura.pl and www.festiwalgdynia.pl.