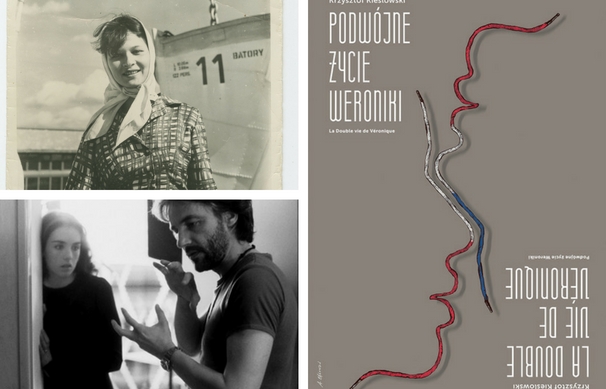 The 41st edition of Gdynia Film Festival will be accompanied by thematic exhibitions, both outdoors and inside the Festival locations. We invite you to these from 19 to 24 September 2016.

A collection of portraits dedicated to films, and indirectly their directors, invited to Gdynia for the annual film festival. Each photo is an attempt to capture the vibe of a particular picture and remodel it through the photographer-director relationship built on a photo set. The gallery of the finest in the Polish cinema and an expression of the utopian desire to make a portrait of the film art itself.

The exhibition is available in the foyer of the Musical Theatre during the Festival.

50 YEARS OF THE POLISH FILMMAKERS ASSOCIATION

The exhibition is available in the Council of Europe Park.

The outdoor exhibition chronologically presents all the feature-length films directed by Andrzej Wajda for the past sixty years: from his 1954 debut “A Generation” to “Afterimage” – the latest picture about Władysław Strzemiński due to premiere in 2017. Next to stills and posters on the exhibition boards, there are QR codes linking to fragments of films and trailers.

“KIEŚLOWSKI ANEW. FILM POSTERS ON THE 20TH ANNIVERSARY OF THE DIRECTOR’S DEATH”

Kieślowski himself wrote in the catalogue to Pągowski’s exhibition “The City of Posters” in Zachęta in Warsaw – “… It does matter who makes the poster. Some I trust – if they made the poster, I try to arrange a ticket for them. Others I do not trust – it does not matter to me what they like….” The co-operation of Kieślowski and Pągowski lasted many years. Its effect was the creation of a whole series of posters for “Amateur”, “Blind Chance”, or “A Short Film about Love.”

On account of the 20th anniversary of death of the director, Andrzej Pągowski undertakes an unusually difficult task; he returns to the same films after years. He rewatches them, richer with the experiences of the years lived. While making the poster to “Amateur”, the artist was 26 years old, and to “Blue” – 40. This year, he turned 63. He thinks that he has received those films in a totally different way now and that he designs his works in a different manner. He has noticed that Kieślowski put emphasis on different things than he thought before. Pągowski has this opinion now, having been through other experiences.

The collection will include posters to all the films directed by Kieślowski, together with the short length and documentary films as well as the whole “Decalogue”. It consists of around 50 posters. The project is supported by Studio “TOR”. The Łódź Film Museum is the co-organizer of the exhibition. It is also planned to publish a book presenting the whole collection and the particular films. The AMS company is responsible for the display.

The exhibition will be available in the Council of Europe Park.

“KIEŚLOWSKI. PHOTOGRAPHS FROM THE CITY OF LODZ”

The gallery of the Gdynia Film Centre will also present the exhibition “KIEŚLOWSKI. PHOTOGRAPHS FROM THE CITY OF LODZ” prepared by the Łódź Cinema Museum. We will see there black-and-white photographs taken by Kieślowski – at that time, a first year student of the Department of Directing of the Łódź Film School in the academic year 1965/1966. Those several dozen photographs are a unique documentary from the era of the “cucumber” buses, boys’ school uniforms with white collars, the “knife” game… They show the autumn (rainy) and winter (snowy) Łódź with its new skyscrapers and old houses, dark gateways, patios, shop windows, balcony balustrades and inhabitants – adults with damaged, tired, often old faces and children with smiling faces. They move, they bring memories, they arouse reflections. Those photographs are a combined portrait of the city, presented through the prism of the human being, always – as the future showed – being the main theme of the film works of Kieślowski. All the works – made available by Maria Kieślowska – come from the family archive of the director.

The exhibition will be available in GFC.

ELLE EXHIBITION: THE BIRTH OF STARS

The outdoor photo exhibition presents the actors chosen by “Elle” magazine as the next big things. This year, the talented five includes: Michalina Łabacz, one of the leads in “Hatred” by Wojciech Smarzowski; Mirosław Haniszewski, a young militiaman in “I’m a Killer” by Maciej Pieprzyca; Maja Pankiewicz and Joanna Zagórska who gave outstanding performances in “The Crystal Girl” by Artur Urbański and finally Grzegorz Palkowski, Harald in “The Happiness of the World” by Michał Rosa.

The exhibition will be available in the foyer of the New Stage in the Musical Theatre.

M/S BATORY. FROM THE ARCHIVES OF THE EMIGRATION MUSEUM IN GDYNIA – A COLLECTION OF PHOTOS BY FLORIAN STANISZEWSKI

A collection of photos by Florian Staszewski (1913-1988), a full-time photographer on the legendary transatlantic liner M/S Batory, who documented the everyday life of passengers and crew from the 1950s up until the last cruise. A selection from over three hundred photographs archived by the Emigration Museum in Gdynia. The riveting ones depict film stars and celebrities of the 1960s such as Kalina Jędrusik, Anna German and Violetta Villas among many others.

The exhibition will be available at Grunwaldzki Square.

THE EXHIBITION OF DOCUMENTARY STILLS FOR ANDRZEJ ŻUŁAWSKI’S FILMS

A set of documentary stills from the private archive of Andrzej J. Jaroszewicz, a director of photography on Andrzej Żuławski’s films: “On the Silver Globe”, “Boris Godunov”, “La Note Bleue”, “She-Shaman”; a camera operator on: “The Devil”, “That Most Important Thing: Love”, “Possession” and a featured actor in “The Public Woman”.

With many of the original copies lost, some photographs and negatives were digitally restored and re-developed.

The exhibition will be available in GFC, 1st floor.

FROM AN ON-SCREEN CLOSET – FILM COSTUMES: HAS, WAJDA, POLAŃSKI, ŻUŁAWSKI – THE EXHIBITION

The exhibition shows a unique collection of costumes, sketches and production designs for the legendary Polish films, such as “On the Silver Globe”, “The Manuscript Found in Saragossa”, “The Doll” or “Ashes and Diamonds”, produced in a former Wroclaw Feature Film Studio. All the restored exhibits came to Gdynia from the Studio’s successor, the Audiovisual Technology Center in Wroclaw. Twenty five costumes and many of the original designs and sketches of clothing and sets were selected for the 41st Gdynia Film Festival.

The exhibition will be available in the Museum of the City of Gdynia.