FILM FROM THE SEA – “FAIR PLAY” 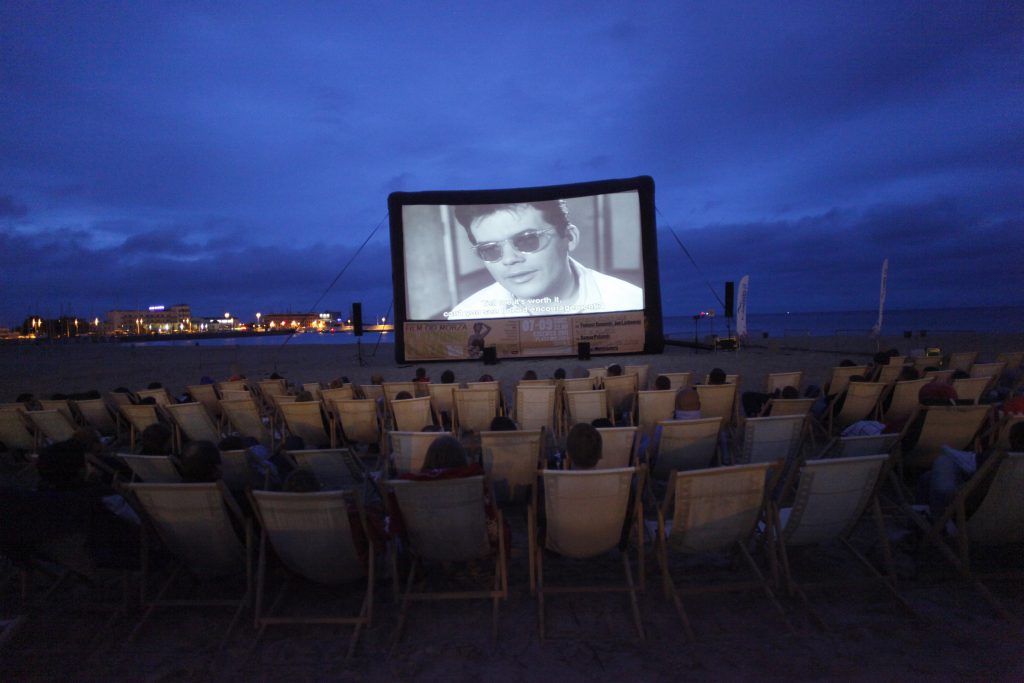 This year’s outdoor film screenings which accompany the 37th Gdynia Film Festival – FILM FROM THE SEA – “FAIR PLAY” will be held traditionally at the city beach in Gdynia on 9-11 May. The repertoire refers to 2012 UEFA European Football Championship and will be its commentary.

Three stories will show football from the perspective of a player on the pitch and the fans on the stadium. We hope that this year’s FILM FROM THE SEA – „FAIR PLAY” will prove attractive not only for football fans, but also for everybody who wants to understand the phenomenon of this sport.

Classic Polish comedy, set in football environment. Fixed matches, corrupted judges, dishonest activists – is this the reality of Polish football league? Intrigue in the film is complicated and full of twists of action as in Guy Ritchie’s films. Great roles by Janusz Gajos, Jan Englert and Marian Opania, and in the background – the reality of the early 1990s: rising capitalism grimed with corruption and frauds.

A story about a group of friends from a small town near Poznan, Grodzisk Wielkopolski, which joined a common passion: football, or rather “active cheer footbal club.” They share a club divides life situation. Oscar Nowacki (age 35) just became a father. Along with his brother, Mariusz (age 25), sells religious articles in the Basilica in Lichen. Mariusz girlfriend, Barbara (age 22), accompanied by boys because of the love to cheer and residual attachment to Marius, but primarily by the fascination with Oscar…

A contemporary story that begins in Silesia, develops in Warsaw and ends abroad. It is a story about the creation of a soccer team of homeless people. The main character is Jacek Mroz, a fourty-year-old ex-football player, former representative of Poland – currently an inhabitant of Warsaw Central Train Station. He decides to form a football team, players of which are: Indor – former mariner, then prisoner, the Ukrainian Mitro, a would-be Soviet astronaut suffering from claustrophobia, a banker called Minister, who believes in world conspiracy theories, former Priest – now an alcoholic, a fat Madman, an unemployed Miner and others. Team members often play at the train stations, learning how to dribble among trains passengers and police patrols. It is there where Jacek meets the his love – Sewka – a French student who works for a humanitarian organisation. The film tells the story about adventures and private stories of team members and also describes their common struggles with adversities.