Films from Gdynia – a cinema city! 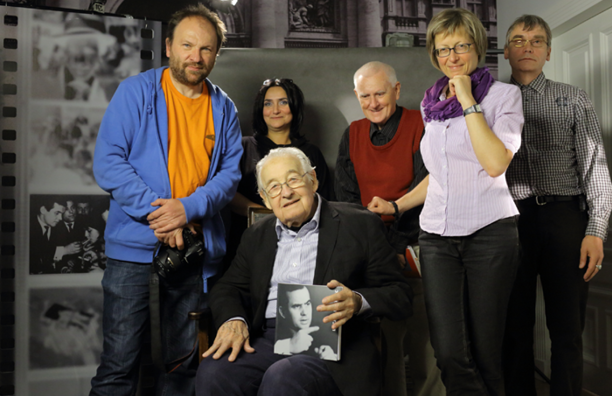 Within the Films from Gdynia section, four films will be presented: a codumentary “Bokiniec and the Movie” by Andrzej Mańkowski, a short feature “Fast Food” and a documentary “Sunday” by Eryk Lenartowicz, as well as a video clip “Eleonora” by Jerzy Rados. The screening of the video clip will be accompanied by a concert of the band Ajagore.

The Films from Gdynia section is an effect of the developing film production in the city and the region. A number of initiatives and institutions have emerged around the Polish Feature Film Festival (currently Gdynia Film Festival) and they have permanently transformed the image of the city. Since 2006, the Pomeranian Film Foundation in Gdynia holds the Pomeranian Film Workshops, and since 2010, the Gdynia Film School, whose productions are awarded at numerous prestigious festivals. Since 2009, the Gdynia Film Fund functions in the Gdynia Culture Centre. In September this year, the Gdynia Film Centre will begin its activity. It involves three studio cinema screening rooms, a photography gallery and the Gdynia Film School. The investments result from the policy of the Gdynia local government and the environment of the Polish filmmakers, who increasingly often settle in the Tricity.

“The spaces of culture form the value of the city. However, among the various fields of culture, the film does that most fully. The Film Festival, the Pomeranian Film Foundation in Gdynia, the Pomeranian Film Workshops and then the Gdynia Film School are the elements which form the film map of the city,” said the City Mayor Wojciech Szczurek (an interview for the jubilee book about the GFF). “At the same time, all of them have contributed to the development of the film production in the city. The film develops most fully, most widely in Gdynia, and this has its roots in the Festival. Culture penetrates the life of the inhabitants; the circle of its conscious receivers widens increasingly. I can see great willingness to learn what art is, what its values are.”

“I would like to emphasise that there is no genre form which would limit the Films from Gdynia programme section; with regard to this, we have very varied proposals this year – starting with features and finishing with the video clip which might be a very interesting event,” says Leszek Kopeć, the Director of the Gdynia Film Festival.

The films “Sunday” and “Fast Food” were created in the Gdynia Film School in 2015. The directos, Eryk Lenartowicz, grew up in Sydney. He came back to Poland as a teenager. In 2014, he graduated from the Gdynia Film School majoring in directing. In 2015, he will begin studies in the Australian Film, Television and Radio School in Sydney. “Fast Food” in a black comedy. Its protagonist, Robert, works in a restaurant. After the death of his colleague from work, he turns melancholic. His life is monotonous and full of routine. When a new tenant moves in the neighbouring flat, the ordered life of Robert flips upside down. Marek Kossakowski and Jacek Lenartowicz are cast in the main roles. The documentary “Sunday” tells the story of two people who have been living together for a long time but in fact they live in their own worlds. The director watches their routine life and asks: can they be back truly together?

“Bokiniec and the Movie” is a documentary about Lucjan Bokiniec – the author and first Director of the Polish Feature Film Festival, managing the legendary Gdańsk Film Discussion Club “Żak”. The film will remind the history of the Club in the 60.’s and 70.’s, when the greatest Polish filmmakers visited it and the unusual audience formed. Bokiniec’s passion, sense of humour and charisma are missed by, among others, Andrzej Wajda, Antoni Krauze, Janusz Zaorski and Józef Gębski – the directors who owe unusual meetings with the audience to him. The film was produced by Video Studio Gdańsk, TVP1 and the Pomeranian Film Foundation in Gdynia. The director, Andrzej Mańkowski, is a graduate of the Screenplay College of the Łódź Film School and the Gdańsk Academy of Music, the author and producer of the literary-and-film project “DECALOGUE 89+”, the author of the documentary “Lekcja muzyki”, the film “Rubinowe gody” and the documentary “Children Calling” presented at the 39th Gdynia Film Festival. He is the author of documentaries and television programmes, a member of the Programme Council of TVP Gdańsk.

“Eleonora” by Jerzy Rados is a video clip which tells the story of a fleeting relationship of a handsome and dangerous lover, Adam, and a beautiful diva. During a visit paid at a dim music club, Adam watches a fascinating woman signing on stage and he is not sure whether what he sees is reality or only a dream of his. Katarzyna Figura plays the role of Eleonora and Leszek Bzdyl, a dancer and choreographer, is cast in the role of the lover. The screening will be accompanied by a concert of a band. The Pomeranian Film Foundation in Gdynia is the producer of the film, and Sławomir Pultyn is the director of photography.

Jerzy Rados – a director, screenwriter, producer, author and organizer of fourteen editions of th e Pomeranian Film Workshops, the C o-fo under and Deputy Director of the Gdynia Film School, the Programme Director of the newly-created Gdynia Film Centre. Jerzy Rados made the well-known cycle of documentaries devoted to the creators of the Polish cinema: “Andrzej Wajda watches ‘Ashes and Diamonds’”, “Janusz Morgenstern watches ‘See You Tomorrow’”, Jerzy Skolimowski watches ‘Personal Characteristics’” and thirteen short documentaries with the most outstanding Polish film directors “Kuchnia Mistrzów”. The author of unconventional newsreels – “The Gdynia Newsreel ”, “The Gdynia Film Festival Newsreel”. The director of documentaries, reportages and television programmes and the producer of the Gdynia Film School films. Together with Sławomir Pultyn, he created and implemented the idea of the Poles Family Portrait, that is, collective, posed for photographies of the inhabitants of cities, ethnic and vocational groups, including the family photographs of filmmakers during the jubilee editions of the Gdynia Film Festival.