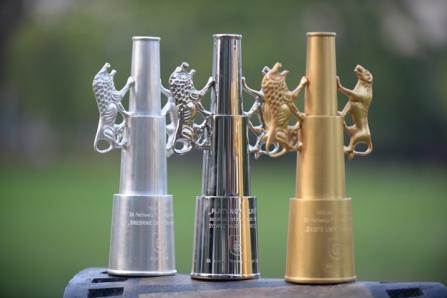 We know the selection results for the Main Competition and the Visions Apart Competition of the 42nd Polish Film Festival in Gdynia.

Seventeen films have been qualified for the Main Competition of the 42nd PFF. They will compete over the Golden Lions and other statutory and non-statutory awards. More than in previous years – as many as eight films – have been included in the Visions Apart Competition.

In the common understanding, prevalent until now, the Visions Apart section included films that were experimental, formally different, often “gallery-type”, with focus on diversity and novelty of form. We decided to widen this formula, Wojciech Marczewski, the Chairman of the Programme Council of the Festival says. The very concept of “Visions Apart” involves an individual, different from the commonly accepted point of view of the author on complex, multi-faceted reality. Sometimes, it leads to breaking the recognised genre norms; sometimes, to an extremely personal description of the world; sometimes, it unites them into a new, discovery whole. The searching make deep sense and sometimes it leads to new paths in art and in the perception of reality. The change the habits of viewers, they become inspiration for other makers.

We would wish for this section (similarly as Un Certain Regard in Cannes) to constitute a wide spectrum of formally and thematically interesting new film proposals. This is why we allow ourselves to present in this year’s set both interesting feature films, experimental films, popular-scientific films, and the acting film for children. This last film genre is unfortunately vanishing, and it is extremely necessary for our cinema. It is worth supporting it,! Wojciech Marczewski emphasises. Films in the Visions Apart competition fight over the Golden Claw Award.

We present the results of the Festival selection.

THE MAIN COMPETITION OF THE 42ND POLISH FILM FESTIVAL:

· “The Man with the Magic Box”, directed by: Bodo Kox (second film, premiere)

· “The Art of Loving. The Story of Michalina Wislocka”, directed by: Maria Sadowska (drugi film)

· “The Damned One”, directed by: Konrad Łęcki (debut)

THE VISIONS APART COMPETITION OF THE 42ND POLISH FILM FESTIVAL:

· “A Hole in the Head”, directed by: Piotr Subbotko (debut, premiere)