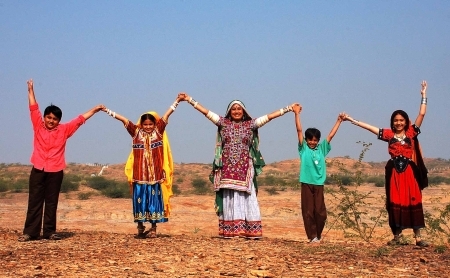 China, India, Iran, Africa – these are the parts of the world that will be visited via films with the “Gdynia For Children” section by the youngest viewers of this year’s Gdynia Film Festival. Besides screenings there are planned i.a.: reporter-journalistic, theatrical and film workshops, art and culinary classes, as well as UNICEF workshops. The highlight of the program will be “Film Barracks” on the territory of a military unit of the Polish Navy.


“Gdynia for Children” is a special section of the Gdynia Film Festival, organized within the framework of the Polish Cinema for Young Audiences program, set up by the Polish Filmmakers Association. This year, the section will present itself in an exceptionally rich fashion. The projections will take place in Oksywie in Gdynia, in cinema-theatre Grom, as well as in Cieplewo, Elblag, Lebork and Tczew.

The leitmotif of this year’s films is multiculturalism. Children will have an opportunity to see films from China, Iran, India, Africa, and – obviously – from Poland. The shows will be accompanied by film workshops, art and culinary classes, as well as a number of games connected thematically with the countries in which the films were produced. The additional attractions will be not only the workshops with the celebrated cinematographer Piotr Lenar, who will introduce the youngest spectators to the tricks of the cinematographic trade, but also the reporter-journalistic workshops that will allow the participants to assume the role of young reporters for the “Gdynia for Children” section.

Apart from films targeted at school children, the organizers have prepared a set of animated films for the youngest, kindergarten-aged audience, as well as shows for teenagers and family films projections to be enjoyed by whole families.

For Saturday 12th May, there are prepared special attractions, as yet unprecedented in the history of “Gdynia for Children”. On this day, in Oksywie in Gdynia there will take place “FILM BARRACKS” – stunt displays prepared by Polska Szkoła Kaskaderów Filmowych (Polish Stunt Academy) which are to be admired on the territory of the military unit of the Polish Navy and the adjacent areas. What is more, everyone will have a chance to fathom the secrets of the make-up, try their hand at various challenges during the training session prepared by the stuntmen, as well as participate in various games and competitions with prizes.

There will also take place an unusual event – a blood collection organized by the foundation “Krewniacy” (eng. “Blood Relatives”). The most state-of-the-art blood bus in Poland, specifically adapted for this purpose, will admit those, who – like so many film artists – will decide to participate in the honorary blood donation and thus to support the noble action of “Krewniacy”.

During this year’s edition of the Festival, as it was the case with previous editions, the Jury of the international organization CIFEJ (Centre International du Film pour l’Enfance et la Jeunesse) – which specializes in films and audiovisual works for children and teenagers – will award one film of their choice.

The programme of accompanying events the “Gdynia for Children” section>>

The Organizers of the “Gdynia For Children” section: Polish Filmmakers Association and the Pomeranian Film Foundation.