Gdynia Industry at the 45th PFF 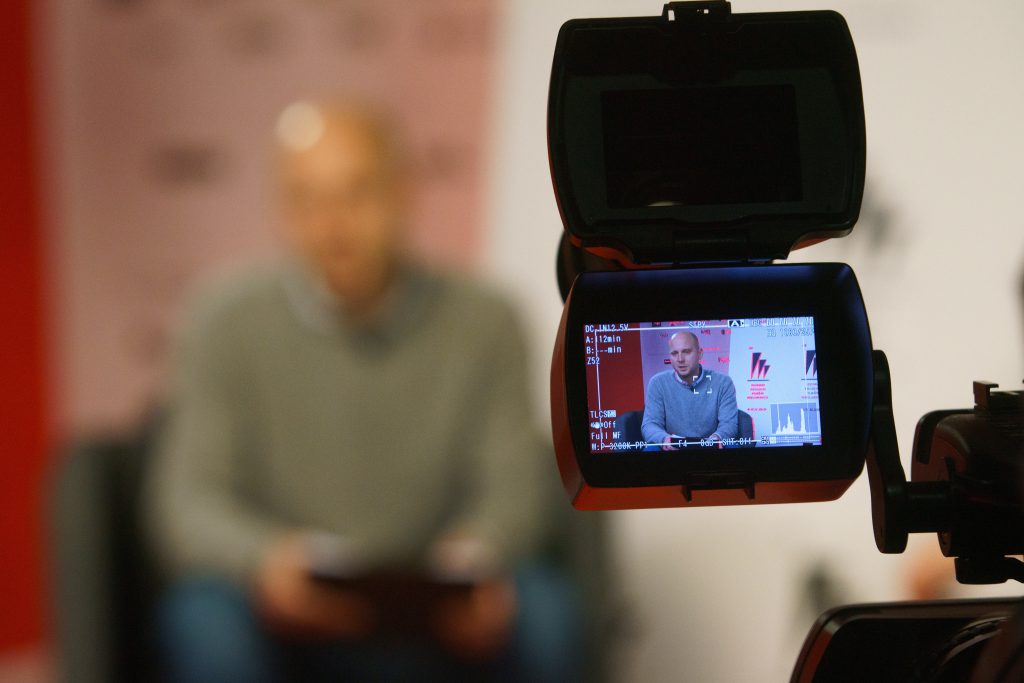 Industry meetings and debates about what is most important and current in cinema are an integral part of the program of the Polish Film Festival. This year’s edition of Gdynia Industry will be held, just like the entire Festival, in a virtual space. There will also be ecological themes and opportunities to strengthen intergenerational relations among Polish filmmakers.

Green filmmaking has been the talk of the town for years. Artists and producers pay more and more attention to the green side of their projects. We would like to invite you to a discussion with representatives of regional film funds, creators and producers who’ll come together to talk about the situation in Polish industry, work out a green benchmark, and seek ways for the film industry to become more sustainable.

In a series of short tutoring sessions on the 45th PFF, young filmmakers will have an opportunity to talk to experienced producers ready to answer their questions and lay out available options for career development. Each day, one mentor can schedule up to six 20-minute videoconferences during a two-hour slot. We have invited Ewa Puszczyńska, Katarzyna Malinowska, Leszek Bodzak, Jan Kwieciński and Mariusz Włodarski. The meetings may be attended by persons without accreditation.

To participate, filmmakers will have to register by filling in a form.

What image of Polish film can we see through the lens of the 45th Polish Film Festival? To wrap up this year’s edition, we would like to invite you to a discussion with the members of competition juries, film critics and representatives of cultural institutions who will talk about the condition of Polish film and its future directions.

CLOSE-UP ON… YOUTH FILMS.
A series of webinars answering relevant questions in co-operation with the New Horizons Association and Kids Film Festival. What kinds of films do children and teenagers want to see? How to make a good, festival-worthy youth film? And how to distribute youth films in the age of pandemic? Plus copyright on the internet in a lecture for primary and high school students.

Double Trouble. What kinds of films do children and teenagers want to see?
11th December, 03:00PM

What children and youth films would young viewers banish from the silver screen? What characters are they fed up with, and who are their favourites? Do adult filmmakers even understand the needs of the young audience anymore? Or rather, as often is the case, they only think they do? During the debate with young viewers, we will talk about the condition of Polish children’s and youth film and take a closer look at the results of Karol Jachymek’s research workshop organised for the PFF in collaboration with young cinema-goers.

Close-up on… youth film Copyright on the internet – selected issues. Lecture and discussion for primary and high-school students.
8th December, 09:00AM

The lecture and discussion will cover selected legal matters, such as the definition of an original work of authorship and forms of economic right’s protection.

The 45th PFF would be incomplete without classes of the School Film Archive tailor-made for the teenage viewers! The programme entails, among other things, debates “Criticise!”, lectures, lessons and quizzes based on the festival programme. All that for both primary and high-school students. Sounds interesting? This year, join us online! Soon, we’ll give you more details on how to apply.

School Film Archive is a programme of the National Film Archive – Audiovisual Institute launched in co-operation with the Polish Film Institute. The website www.filmotekaszkolna.pl provides access to over 140 feature films, documentaries and animations for students of all ages as well as teaching aids and Film Studies library. Schools willing to actively explore film education are invited to participate in classes led nationwide by teachers – Leaders of the School Film Archive, educators – Wandering School Film Archive Film Experts, and invited specialists.