Industry events at the 42nd PFF 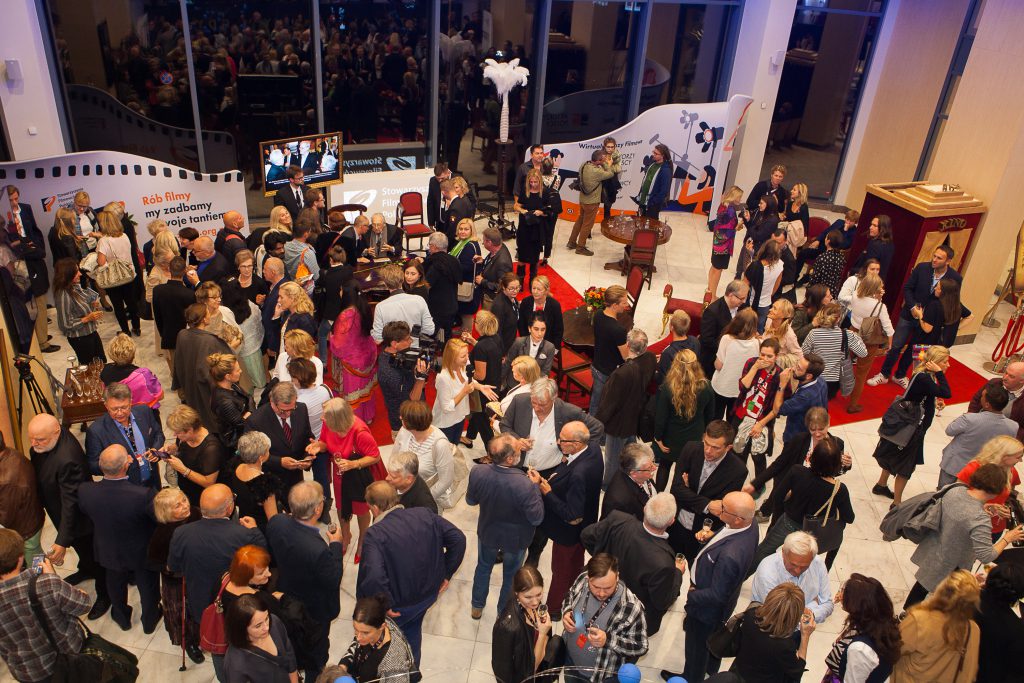 Presentations of new film technologies, workshops, meetings and discussions on the future of Polish film – besides screenings, the programme of the 42nd Polish Film Festival in Gdynia is rich with events tailor-made for the industry.

Year after year, Polish cinema is on the rise. New creators and films debut alongside cutting-edge technology that ignites potential for more and more sophisticated pictures. Thanks to innovations, Polish film sports world-class equipment, software and creative solutions. During a 2–day presentation at the 42nd Polish Film Festival, we invite you to discover current trends in the film industry and technological potential of Polish film studios.

The event is brought to you by PKO Bank Polski.

For the second time, the Festival invites filmmakers, producers, film industry professionals and film school students to join discussions at Gdynia Industry scheduled for 3 days on the Chamber Stage of the Musical Theatre.

5.30 p.m.–7.30 p.m., Somebody Wrote It! A Meeting with the Members of the Federation of Screenwriters in Europe

5:30–7 p.m., Premium Series – What Are the Benefits of Splurging on Quality Series?

All PKO Bank Polski Academy of New Film Technologies and Gdynia Industry events will take place on the Chamber Stage of the Musical Theatre (entrance from Danuta Baduszkowa Street) and in Multikino, screening room 8. Admission is FREE but requires a seat reservation made with an accreditation, festival pass or a free pass collected in a ticket office of Gdynia Film Centre, Multikino or Musical Theatre.

For years now, Gdynia forums of the Polish Filmmakers Association – the biggest such institution in the country – have been hosting heated debates over the most important issues faced by a filmmaking community. Mercure Gdynia Centrum, Saturday, 23rd September, 12 p.m.

The biggest exhibition on the history of Polish film will open in Lodz. The team of the National Centre for Film Culture in Lodz will present its objectives, development prospects and activity scheduled for the next two years. Gdynia Film Centre, screening room Goplana, Wednesday, 20th September, 10 a.m.

Book of the Year. Polish Society for Film and Media Studies Award

The PSFMS Award for the best book of the year is given for a monograph from the area of Film and Media Studies in two categories: Book of the Year and Debut of the Year. The Award Ceremony will take place in a gallery of the Gdynia Film Centre on Wednesday, 20th September, at 2.30 p.m.

The Festival begins on 18th September and ends on 23rd September 2017.