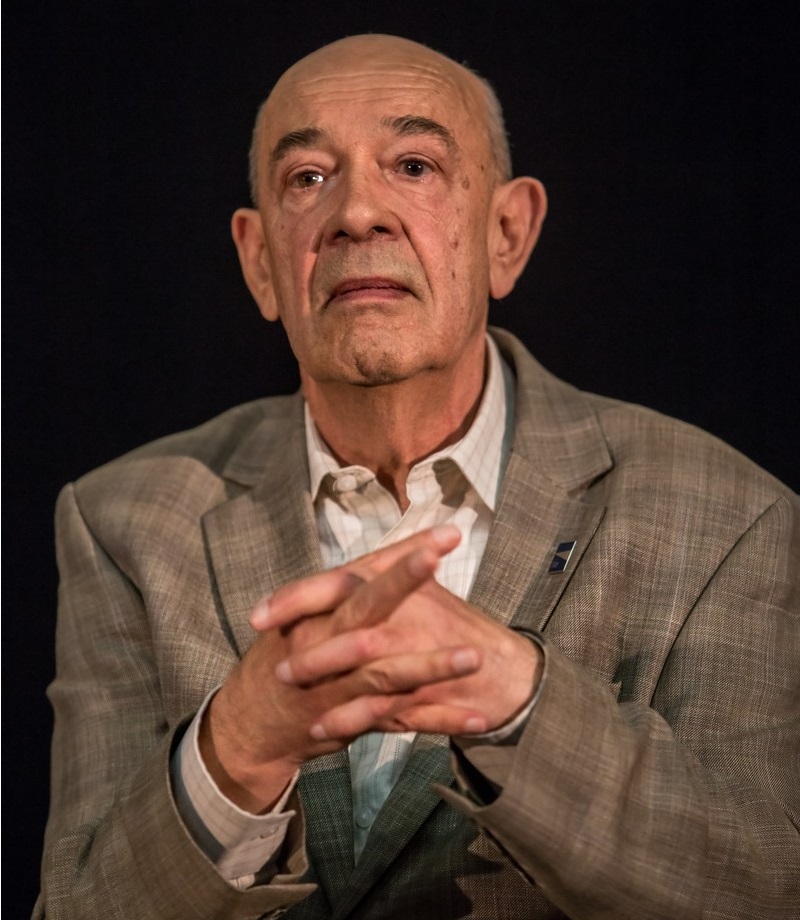 He says he is bidding farewell to the cinematography. He has come to Gdynia to watch the productions of his friends and to show the audience his latest film “Smolensk”, which since its release in cinemas, was seen by 260 thousand viewers in 10 days. An interview with director Antoni Krauze.

Waldemar Gabis: What is the atmosphere like in Gdynia?

Antoni Krauze: – It’s fantastic. One would like to say as every year but as I’ve heard, every year the festival becomes bigger and bigger, more powerful. In a word, it grows.

– I come every year. The organizers are so kind as to invite me and I take them up on it. Thanks to that I can see what is happening in Polish cinematography. And as you know I am also here because of the special screening of “Smolensk”.

Your film did not get into the Main Competition. Aren’t you disappointed about it?

– We were finishing the making of “Smolensk” at the turn of August and September and there was no chance to enter it into the Competition. Besides, it is not a film with which I would like to show off, compete for awards and prizes. However, I am happy that I can show the film during the Film Festival in Gdynia to the people who have not seen it in cinemas. Perhaps for them it is a chance to see it.

For the screening on Wednesday, 21 September the tickets sold out two days before. It shows, perhaps, that there are many willing to see “Smolensk”

– The topic turned out to be hot. We wanted to reach the largest number of Poles, to make them realise that over the years we have had to deal with being hugely manipulated on the events of the Smolensk tragedy. The film was made from a desire to defy the lie. Perhaps these are very pathetic words but these were my intentions. That is why we do not take part in the race for the prize because this film takes off in a completely different competition.

“Smolensk” is the most discussed Polish film.

– I only regret that the reason for the discussion is the film and not the great tragedy which took place on 10th April 2010. It is not about the film but the events the film is telling. I accept it as part of the benefit of inventory.

It must be good for the director that his film is discussed, that it stirs people’s emotions. After all, it is the emotions in a film that count the most.

– Yes, of course. It is a great asset for the film. Andrzej Wajda, in whose school my wife is a tutor, says that at the beginning of planning a film you need to find a topic that people will be interested in. Films are made to be watched by the greatest number of people. Where “Smolensk” is concerned I am happy on one hand that it stirs up emotions. On the other hand I am not, because often these are negative emotions. I have even met with a sabotage of the film.

What do you mean?

– There are some within the media who discourage people from going to see the film. It reminds me of the time of the PRL (Polish People’s Republic) and the film “Birth of Solidarity” about the creation of the Solidarity which was screened in cinemas with the announcement “all shows booked”. There were tickets in the box offices but the authorities did not want the film to be seen. I did not expect it to happen in the free Poland. It seems to me an exaggeration, but such is our reality.

Does creating a film about an important and tragic event which happened quite recently make sense?

– I picked up the topic as a citizen, a Pole. I had the impression I was participating in a lie. Part of my life fell within the times of PRL, when lies were used every day. Now, in the free Poland, I do not want to accept this lie.

– A complete lie is that a new plane, where the strongest part of construction are the wings, that can carry 100 tonnes, loses these wings by crashing into a 40 metre high silver birch. This is why, in the film, I show the pictures of another catastrophic aviation accident from years earlier in the Kabaty Woods near Warsaw (it happened on 9th May 1987, with 183 dead – ed.) during which a soviet plane of a similar construction cut down 360 metres of a forest, a nature reserve with oaks and not just silver birches. How is it possible that in the place where a heavy plane falls to the ground there is not even a crater? This is why I made the film.

You mentioned in interviews that it is important for you how the viewers react, the ordinary people.

“Smolensk” has been shown in cinemas for a while. Have you heard the viewers’ opinions? What are they saying?

– The film has been in theatres for exactly 10 days (this interview took place on Wednesday, 21st September – ed.) I, personally, hear positive opinions, people stop and thank me (during our conversation in The Musical Theatre in Gdynia a lady came to Mr Antoni Krauze and presented him with a pot of flowers – ed.) Of course there are, especially in media, negative reviews. I had expected these as well. For me, however, the most important thing is that people want to learn and understand more than we have heard about the matter during the last six years.

Are you pleased with the film?

– The film was shot with such complications and difficulties that I am happy it was made at all. And that it got released and people can see it. I have learned that, during these 10 days since its release, it has been seen by 260 thousand viewers. It is not a record breaking result but it is not bad. This is a film that was produced mainly with private people’s initiative and money and I am eager to recoup this money so that the people who invested in the film did not get into difficulty because of it.

Do we know how many people would have to see “Smolensk” to reimburse the cost of the production?

– No, I don’t know. I am a poor specialist in this field. I only know it is to be screened abroad, mainly in Polish community centres of course.

Your previous film “Black Thursday” also dealt with a difficult topic, but it did not raise such controversy or discussions.

– To my great joy, because there were no signs it would be so well received. When I was starting work on it I heard many voices asking: what for, why divide, stir, egg each other on? – these are the ones I remembered best. However, when it was released nearly everybody accepted it.

It didn’t work with “Smolensk”. And here is a question which is bothering me strongly. Can a feature film tell a true story, such as it really was? Can it be a confirmation of reality?

– I tried hard to get everything except the story, the plot, to tie in with the facts, with what was ascertained. And the form, a feature film? You know, I have made a few, maybe even a dozen or so documentaries, but a documentary does not have such power, such a range. That’s why I decided on a feature. I really wanted it to reach the widest possible audience.

Are you thinking of new projects?

– No, this is the end of my love affair with cinematography. This is my farewell film. I am glad that it happens in Gdynia, I deeply appreciate this place and the Festival itself.

And Polish cinematography? How do you see it?

– It is doing well, there are many interesting productions. Even looking at the synopsis of the films presented this year in Gdynia you would want to watch them.

Director and screenwriter of feature, documentary and short films.

The best known include: