Janusz Majewski is the prizewinner of the Platinum Lions! 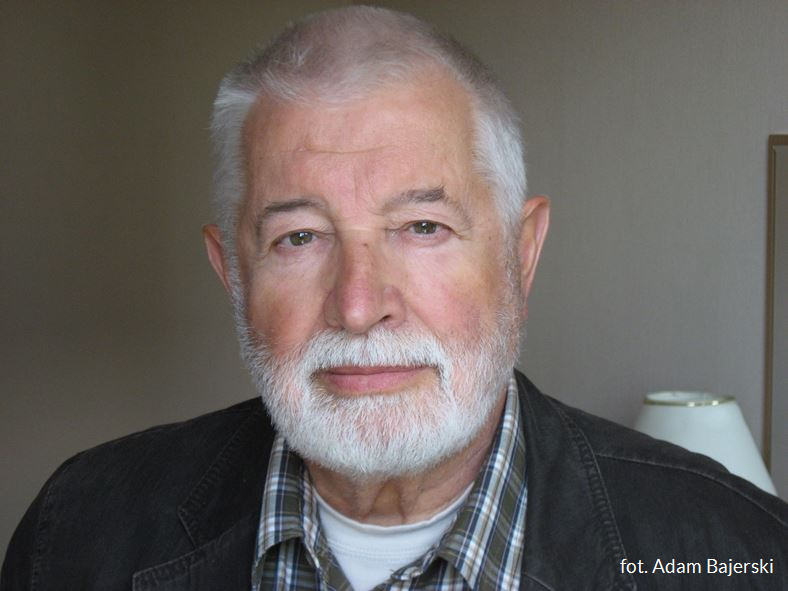 On 24th September 2016, during the Closing Ceremony of the 41st Gdynia Film Festival, the Platinum Lions award will go to an outstanding Polish director and screenwriter – Janusz Majewski.

Janusz Majewski is one of the most popular and most well-known Polish film directors. In 2015, at the 40th Gdynia Film Festival, he received the Silver Lions for his most recent, excellently received film “The Eccentrics. The Sunny Side of the Street”.

Janusz Majewski was born in 1931 in Lviv. He is a graduate of architecture at the Cracow University of Technology and of directing at the Łódź Film School. As a feature film director, he debuted in 1966 with his repeatedly awarded “The Lodger”. The most important films of the director include “The Criminal Who Stole a Crime” (1969), “The Bear” (1970), “Jealousy and Medicine” (1973), “Hotel Pacific” (1975), “The Gorgon Case” (1977), “Lesson of the Dead Language” (1979), “Po sezonie” (2005) or “Mała matura 1947” (2010). Unusual popularity Majewski enjoyed thanks to his tv series “Królowa Bona” (1980). In 1982, the director made a historical drama “Epitafium dla Barbary Radziwiłłówny” referring to the famous series. The most well-known films of the director include the diptych “H.M. Deserters” (1985) and “Deserter’s Gold” (1998). Janusz Majewski also made tv films, documentaries and television theatre plays. In 2008, he directed the popular tv series “A Place to Live”. His films received numbers of awards at national and international festivals, among others, in Gdańsk and Gdynia, Cracow, Łagowo, Vancouver, Cork, Montreal, Edynbourg, Mannheim, Chicago and Panama.

For over 50 years of his directing work, Janusz Majewski has tried numerous and various film genres, from historical dramas, through musicals, to comedies. “I have always tried to run away from being pigeon-holed. I didn’t want to become a specialist in a specific genre; I preferred to look for something new, to overcome another obstacle,” he said in an interview for the Polish Filmmakers Association’s “Film Magazine” in spring 2016. “I have always tried to make the best cinema possible. I have always been fascinated with its very substance as a play of image and sound, a play being an alloy of a number of elements – literature, acting, plastic arts, etc. Cinema as a conglomerate of many arts.”

Michał Oleszczyk, the Artistic Director of the Festival, stresses the singularity of the achievements of this year’s prizewinner: “When looking Janusz Majewski’s filmography, one must react with humility. I am not sure if we have another director in the Polish cinema who would combine the elegance of style with the universality of interests so fully. Majewski is an erudite director, a literary director, and at the same time, a director who is able to create a complete, tactile world on the screen with but a few moves. Those worlds have been diverse over the years but what did not change was the diligence and passion as well as – let’s face it – wisdom with which those worlds were created on the screen.”

Below we present the profile of the prizewinner written by Jerzy Armata from the Polish Film Academy service (Polish Film Institute).

Film, theatre and television director, writer, designer, actor, writer, teacher. He was born August 5, 1931, in Lviv. Graduate of architecture at the Technical University of Krakow (1955) and the Directing Department of the State School of Theatre and Film in Łódź (1960, diploma in 1961), where he was initially admitted to the Department of Cinematography. Incidentally, his architecture diploma was the design of a feature film studio, consulted by Stanisław Wohl, a well-known operator and lecturer at Łódź Film School.

He began his involvement in film as a production designer on the set of the film by Antoni Bohdziewicz Szkice węglem/Charcoal Sketches (1956), Kalosze szczęścia/Lucky Galoshes (1958) and Rzeczywistość/The Reality (1960). Before his directorial debut, he had made many interesting documentaries and television films, including Róża/Rose (1962, Bronze Wawel Dragon in Krakow) – devoted to memory of the destroyed Jewish cemeteries, Album Fleischera/ Fleischer’s Album (1962, Silver Wawel Dragon in Krakow, awards in San Francisco and Mannheim) – a poignant collage of photos taken by a Wehrmacht officer, Opus Jazz (1963, prize in Cannes ) – a recording of a rehearsal of Andrzej Kurylewicz’s band, Pojedynek/The Duel (1964, awards in Buffalo, Vancouver, Cork, Montreal, Edinburgh) – about the shot put competition, Awatar, czyli zamiana dusz/Avatar, or Exchanging the Souls (1964, awards in Monte Carlo and Trieste), based on the story by Theophile Gautier. His first feature film for cinema was made in 1966 and based on his own script – Sublokator/Subtenant (awards in Mannheim, Cork, and Chicago, Panama). It is a grotesque comedy of manners about the trials of a young man who becomes a victim of a kind, yet possessive women.

Majewski specialises in genre cinema – its refined, noble variety. His films are characterised by perfection and elegance of execution, attention to stage design in every detail, good casting and great performances. His subsequent television productions prove it: Venus of Ille (1967), an adaptation of the classic nineteenth-century realist story by Prosper Mérimée, Me Up! (1967, Bronze Lajkonik in Krakow), an adaptation of the novel by Henryk Rzewuski Czarna suknia/Black Dress (1967, awards in Prague), inspired by the poignant story by Stanisław Wygodzki, Urząd/The Office (1969), based on Tadeusz Breza’s famous book, as well as cinema feature films – the thriller Zbrodniarz, który ukradł zbrodnię/Criminal Who Stole A Crime (1969), based on Krzysztof Kąkolewski’s prose, Lokis (1970, awards in Sitges and Łagów), one of the first Polish horrors based on Prosper Mérimée, or Zazdrość i medycyna/Jealousy and Medicine (1973), inspired by Michał Choromański’s melodramatic novels.

In 1975, Majewski made Zaklęte rewiry/Enchanted Stations (awards in Gdynia and Panama, Warsaw Mermaid), a brilliant film adaptation of the novel by Henryk Worcell, depicting the life of a great restaurant and its staff, set in the 1930s. Two years later, he made Sprawa Gorgonowej/The Gorgon Case, which attempts to reconstruct a famous prewar murder case. Lekcja martwego jezyka/Dead Language Lesson (1979), based on the acclaimed novel by Andrzej Kuśniewicz, is a suggestive portrayal of the decay of the Austro-Hungarian Empire, shown through the fate of a young lieutenant seeking the meaning of life and death. The TV series Królowa Bona/Queen Bona (1980) and the film Epitafium dla Barbary Radziwiłłówny/Epitaph for Barbara Radziwiłłówna (1982) – a historical fresco set in the first half of the sixteenth century. He had a great box office hit with his comedy C.K. Dezerterzy/C. K. Deserters (1985, prize in Gdansk, Golden Duck), inspired by the novel by Kazimierz Sejda and set in 1918 – the daring story of a small garrison stationed somewhere in the Hungarian provinces and its new commander who decides to turn the insubordinate soldiers into an exemplary company. In 1998, Majewski made a sequel – Złoto dezerterów/Deserters’ Gold.

In 2005, he made Po sezonie/After Season, a subtle story about an older man and a young woman who meet in an empty Mazury hotel, and five years later – the autobiographical Mała matura 1947/Graduation (Special Award in Gdynia), in which he returns to his teenage years. In the memoir Retrospektywka/Little Retrospective (2001), he eloquently writes about his childhood in Lviv, school years in post-war Krakow, and studying architecture and film. He continues reminiscing, this time about his work as film director, in the book Ostatni klaps. Pamiętnik moich filmów/Last Slate. Diary of My Films (2006). He is also the author of a collection of humorous short stories Ekshibicjonista/Exhibitionist (2002), a book version of his script Po sezonie/After Season (2006) and a crime comedy Upiór w kuchni/Phantom in the Kitchen (2008).

In the years 1983-1990, Janusz Majewski was the chairman of the Polish Filmmakers Association, and since 2006, he has served as Honorary Chairman. In the years 1987-1991, he was a member of the Committee of Cinematography. In 2012, he was elected Rector of the Warsaw Film School. He was awarded the Gold Medal for Merit to Culture – Gloria Artis (2009), the Commander’s Cross of the Order of Polonia Restituta (2013), Eagle for Lifetime Achievement (2012) and many other prestigious awards.

Biography of Janusz Majewski in the Polish Film Academy Service