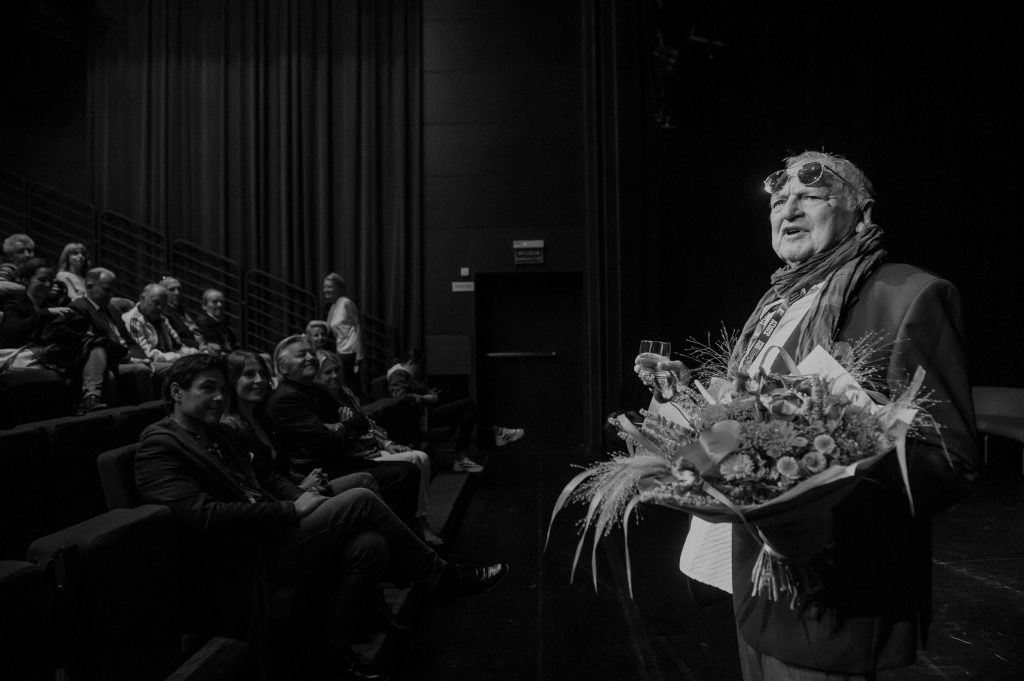 We were very sad to hear about the death of the director and screenwriter Jerzy Gruza, creator of the iconic television series “Wojna domowa” [“House wars”] and “ Man of 40″, director of the Music Theatre in Gdynia for many years, winner of the Platinum Lion, award of the Polish Film Festival for lifetime achievement, which he received in 2017.

Jerzy Gruza, a man of theatre and television, was particularly associated with Gdynia. He frequently visited the festival. For the last time just a few months ago, in September 2019, when he presented his latest film “Dariusz”. He played the main role in it, and the film was shot in his own apartment. After a special show, which took place at the New Musical Theatre Stage, he met the audience. He announced that he will shoot the second part of the film…

Read more about the artistic biography of Jerzy Gruza HERE (in Polish).