Journalists’ Award of the 45th PFF – during cinema replicas? 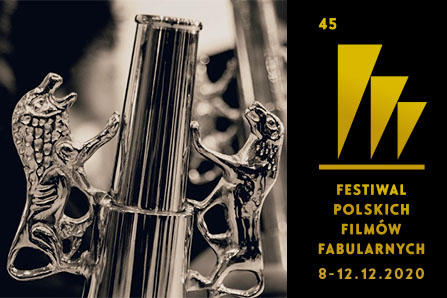 Traditionally, accredited journalists may participate in the selection of the laureate of the Journalists’ Award of the Polish Film Festival. However, because for reasons beyond the control of the organizers, not all the films of the Main Competition of the 45th PFF are available on the festival platform, we decided not to vote during the online edition of the Festival.

We would like to keep the current practice and honour the creators of one of the films with your appreciation. We care about the prestige of the Journalists’ Award, which for many viewers is an important recommendation for the awarded film. However, it would not be reliable in a situation where journalists accredited to the 45th PFF are not able to watch all the films during the Festival.

As already announced, after the reopening of cinemas in Poland, we intend to organize festival replicas in selected cities. They will also include press screenings, which will allow a wider group of media representatives to watch the festival films. Therefore, the best solution seems to be to vote to award the Journalists’ Award as part of the 45th edition during the cinema edition of the Festival.

If you wish to share your opinion with us on this matter, please write us at biuroprasowe@festiwalgdynia.pl.