Krakow in Gdynia – films from 59th KFF on 44th FPFF 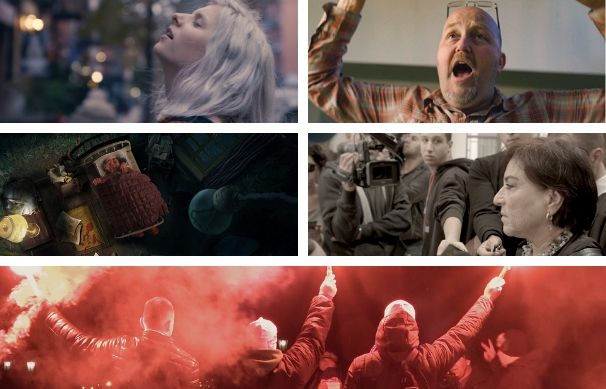 Thanks to the cooperation of the Polish Film Festival with the
Krakow Film Festival, viewers in Gdynia will be able to see selected
films awarded this year in Krakow. Five titles were included in the “KFF
Catching Waves” section – best documentaries and animation.

“Winners
of the 59th Krakow Film Festival are as diverse as the program of
documentary and short films presentation of the oldest festival in
Poland. The three screenings in Gdynia will consist of films vigorously
responding to social unrest in the world and in Poland, but also
touching ordinary everyday human problems” – says Krzysztof Gierat, director of the Krakow Film Festival.

Viewers in Gdynia will see “Advocate”
(directed by Rachel Leah Jones and Philippe Bellaiche), the film
awarded with the Golden Horn at the 59th KFF International Documentary
Competition. The documentary depicting the story of Lea Tsemel, an
Israeli human rights activist also received the KFF recommendation for
the European Film Award. “This is a film created with precision,
insight and humor, which not only shows a heroic woman struggling
against adversities, but a person who inspires us with her unwavering
conviction that justice can and will ultimately prevail” – jury of the 59th KFF justified the verdict.

The Norwegian musical documentary “Once Aurora”
(directed by Stian Servoss and Benjamin Langeland) introduces the
figure of Aurora Aksnes, one of the most charismatic vocalists of the
young generation from the land of fjords. By awarding this film with a
Golden Heynal in the International DocFilmMusic Competition at the 59th KFF, the jury appreciated taking the genre of musical documentary to a higher level.

The documentary film “My Country So Beautiful”
(directed by Grzegorz Paprzycki) was awarded in the National
Competition at the 59th KFF, for dealing with current topic in
accordance with the tradition of Polish documentary film that
participates in public life. The ironic title of the film refers to the
radical moods in Poland of the last few years. The film honored with the
Golden Hobby-Horse will also be available in Gdynia.

“Portrait of Suzanne”
(directed by Izabela Plucińska) is an animation awarded with the Golden
Dragon in the International Short Film Competition for mastery in
shaping matter and a brilliant balance between surrealistic vision and
reality. According to the jury – “this work is complete and delightful”. The film is a grotesque adaptation of a story by Roland Topor.

The program of this year’s “KFF Catching Waves” section is complemented by “Men’s Room” (directed
by Petter Sommer and Jo Vemud Svendsen), this year’s winner of the
Audience Award in Krakow. Presenting the adventures of members of the
male amateur choir, in an extremely funny and touching way, the film
talks about shared passion, rough male friendship and being together in
the most difficult moments.

All films from the “KFF
Catching Waves” section will be available at the Helios Cinema (Riviera
Shopping Centre). A detailed schedule will be announced on September 5.
Ticket sales for single screenings will start the same day.