Martin Scorsese Presents – we invite to the promotion of an unusual box! 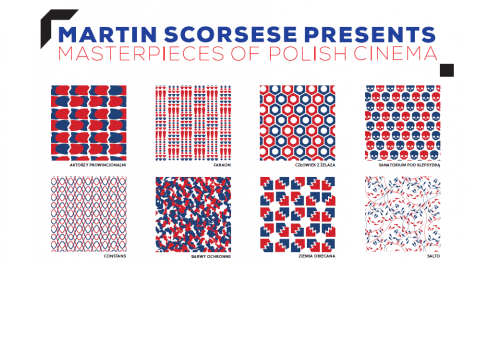 A unique publication has emerged on the market, comprising the works of our native cinematography as selected by Martin Scorsese – digitally restored, in perfect quality in the form of a set of 24 Blu-ray discs.

The publication „Martin Scorsese Presents: Masterpieces of Polish Cinema” – can be purchased in the bookshop of the Gdynia Film Centre. During the Festival, it has a special promotional price.

We invite to a meeting promoting the publication on Wednesday, 21 September in the Gdynia Film Centre, Goplana Screening Room, 3.00 P.M. Those interested can collect an invitation at the Festival reception desk.

The publication is a real treat to cinema lovers. Not only the Polish ones, as it is supplemented with English and French subtitles. The American director selected Polish film masterpieces but only those which are after restoration. They are divided into three boxes with 8 films each:

The great sympathy of Martin Scorsese to the Polish cinema had already been known before. And the very beginning of the whole story was his visit in Poland in 2011 and his conversation with Jędrzej Sabliński (one of the initiators and a promoter of the digital restoration of image on our market, today, the chairman of DI Factory post-production company). Having learnt about the advanced and successful works on the digital restoration of our most important films, the American creator got very much interested and promised his engagement in the idea. This is what exactly happened.

In 2014, signed with his name, with the assistance of The Film Foundation that he manages and the American distributor Milestone Films, selected images went to a spectacular tournee to USA and Canada (37 cities, 600 screenings, 30 thousand viewers). Next, they were screened in the cinemas of Australia, China and Great Britain.

The issue of 24 titles on Blu-ray discs crowns the whole unusual retrospective “Martin Scorsese Presents: Masterpieces of Polich Cinema”. The boxes which are already on sale have an interesting graphic design. The design of the very box – artistic and esthetic – refers to the high class of the works presented. Inside each of the boxes, there are eight blu-ray discs, each of them packed in a different way. Each film has its own original visual sign, characteristically referring to the content of the plot. Martin Scorsese actively participated in creating this publication. Not only did he select the titles but he also personally accepted the design.

The creators of the publication – DI Factory and the partners: Digital Film Repository, “Kadr”, “Tor”, “Zabra” Film Studios – have also prepared a booklet. Apart from notes about the filmmakers and short descriptions of the plots, cinema lovers will also find here a personal foreword from Martin Scorsese (full of warm words about the Polish cinema), the story of the “Martin Scorsese Presents: Masterpieces of Polish Cinema” project, a professional explanation of the digital restoration of the works of our cinematography and a few sentences about all the entities and persons that contributed to the creation of the publication.

The publication is also available in the Warsaw office of DI Factory (following an advance e-mail contact: boxmsp@di-factory.com) and in an online shop especially dedicated to this project at the address: store.mspresents.com.