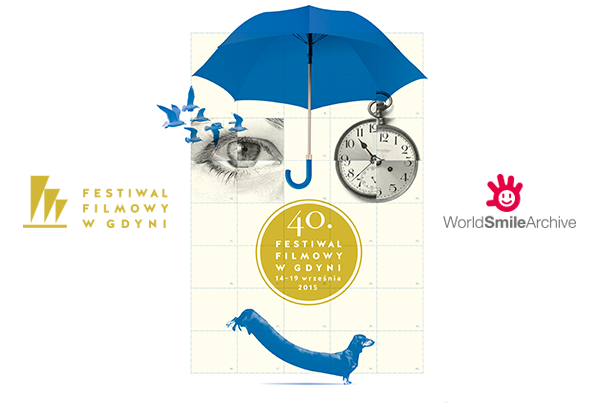 The World Smile Archive has been associated with Polish cinema, Gdynia Film Festival and Polish filmmakers for 11 years. As every year, the filmmakers’ smiles will be presented during the Festival in an exhibition at Multikino. The Vincent de Paul Hospital will host the meeting of children and actors – Ewa Błaszczyk i Olgierd Łukaszewicz – as well as the Gdynia City Mayor Wojciech Szczurek. On Wednesday, at 11.00 AM, children will be the hospital stars: with the help of the special guests, they will draw smiles for the children of New York.

This time, to mark 40th edition of the festival, the film smiles will reach not only patients in Gdynia but also patients in New York and around the world. It will be possible thanks to the film notebooks designed with a special smile by Marcin Władyka, who designed this year’s festival poster. The notebook features forty smiles created by directors, actors and people of the film industry.

The smiles will not only be present in the Gdynia Festival typical place, that is, the Musical Theatre, where Marek Wysoczyński (the project’s originator) will be “hunting” guests to draw a smile on a festival poster. On Wednesday, at 11.00 AM, children will be the hospital stars: with the help of the special guests, they will draw smiles for the children of New York. Adults will have the opportunity to smile as well. On Saturday, 19th September, at 11.30 AM, the 40th Festival family photo will be taken. All the filmmakers will form the U letter to create a huge smile with the Gdynia Film School at Grunwaldzki Square in the background.