Out of competition events at Gdynia Film Festival 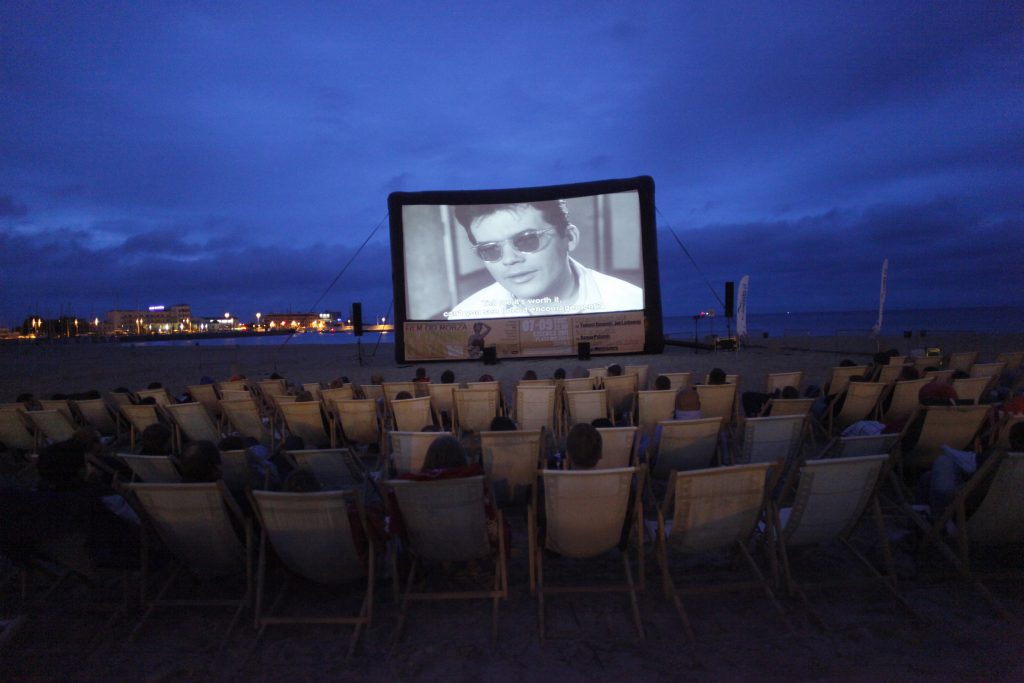 At the beginning of April, the titles of films competing for Golden Lions at 37th Gdynia Film Festival will be announced. However, the celebration of Polish cinema in Gdynia does not boil down to competitions. Masterclasses, exhibitions, and the Independent Cinema Review are only some of many events prepared for this year…

The masterclass series introduced last year has received an exceptionally warm reception. It was a unique opportunity to hear directors analyze one scene from their films. Therefore, it is no surprise that during the 37th edition of the festival the audience will again have a chance to participate in film classes. This time, as part of the series Masterclass: the Anatomy of the Scene also other film professionals will accompany the invited directors. Juliusz Machulski and Kazimierz Kutz will be joined by their cinematographers: Witold Adamek and Jerzy Wójcik. Another masterclass will guest Michał Leszczyłowski, film editor regularly cooperating with Lukas Moodysson. Together with Andrey Tarkovskiy he has edited the last film made by the Russian director, The Sacrifice.

Polish masterpieces Nobody’s Calling and Squadron will be not only analyzed during masterclasses, but also screened in the Pure Classics section, which is dedicated to digitally remastered classic Polish films. Apart from the mentioned titles by Kutz and Machulski, the festival audience will have an opportunity to watch remastered films from the KinoRP Project: Krzysztof Zanussi’s Camouflage, Leon Buczkowski’s The Eagle and Tadeusz Chmielewski’s I Don’t Like Mondays. The classics series will be also a rare opportunity to attend a special screening of Young Girls of Wilko directed by Andrzej Wajda.

For the first time, apart from classic Polish movies the festival program includes the Unknown Pieces, a review of largely forgotten films directed by some of the greatest Polish film makers: Janusz Majewski’s The Office, Tadeusz Chmielewski’s Quiet Is the Night, two films by Stanisław Różewicz: Na melinę (To the Honky-tonk) and Beer as well as Yesterday in Fact by Jan Rybkowski.

Just like last year, also this time the festival audience will have an opportunity to take part in How It’s Made, a series of meetings with filmmakers whose films have been selected for the Main Competition. The participants will learn about tricks of the trade used in the featured pictures. The program of the forthcoming festival will traditionally include the Independent Cinema Competition, in which the audience votes for their favourite film, as well as open-air screenings in Film From the Sea and Films from Gdynia series. The Polonica section will again feature foreign films made in cooperation with Polish film makers.

Apart from screenings, Gdynia Film Festival offers a series of events inspired by cinema. A of now, the organizers are already inviting all to see some noteworthy exhibitions.

The Film Museum in Łódź has prepared exhibitions dedicated to two great Polish directors. The first one, organized to celebrate Jerzy Hoffman’s eightieth birthday, was made together with the Zodiak Jerzy Hoffman Film Production Company and the National Film Archive in Warsaw. The second is devoted to Jerzy Kawalerowicz and will be accompanied by a multimedia presentation featuring interviews with actors, collaborators and friends of this one of the most acclaimed Polish directors.

Gdynia Film Festival does not forget about the youngest audience. Gdynia for Children section, prepared under the patronage of the Polish Filmmakers Association, will be also shown in nearby Polish cities: Elbląg, Tczew, Lębork and Cieplew. The other project addressed to children is called “Smile”. Marek Wysoczyński, author of the World Smile Archive, will collect “smiling” autographs from the participants of the 37th GFF on the special edition of the festival poster while little patients from Gdynia Hospital will draw smiling faces with the help of the Mayor of Gdynia Wojciech Szczurek and a special mystery guest.