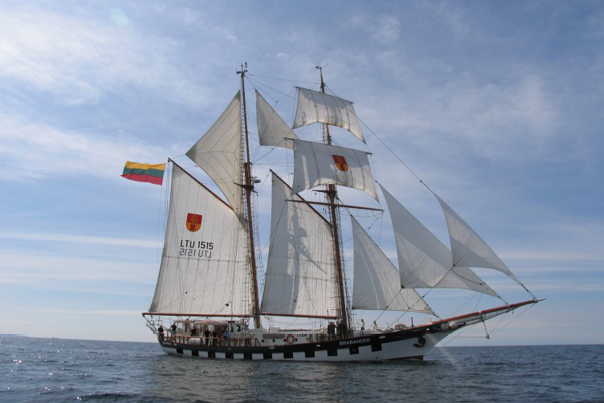 How to make filmmakers from two neighbouring countries meet? During a unique voyage, the participants of the Polish-Lithuanian Co-production Meeting will meet in the midst of the Baltic Sea. 12 Polish and Lithuanian producers and the leader Matthieu Darras (Torino Film Lab) will sail from Klaipeda on the Brabander sailboard, which is one of the most beautiful sailing ships of Lithuania, and will come to Gdynia on the opening day of the 40th Gdynia Film Festival.

During the two-day-long expedition, the Polish and Lithuanian producers will present and discuss film projects and search for potential co-producers. The projects presented include all film genres, from feature film of the young filmmakers, through documentaries on the abounding history of the “twin nations”, to animations and animated TV series.

Brabander comes into the Gdynia port (behind Błyskawica). Greeting by Leszek Kopec, the Festival Director and Michal Oleszczyk, the Artistic Director.

Conference on the Klaipeda-Gdynia Expedition on the Brabander sailboad, on which Polish and Lithuanian producers were presenting their projects and were looking for co-production partners. Presentation of the film and sailing event by the participants and a an overview of the co-production possibilities with Lithuania. Event organized in cooperation with Lithuanian Film Center, Polish Film Institute, Film Commission Poland and Gdynia Film Festival.