Polonica at the 46th PFF 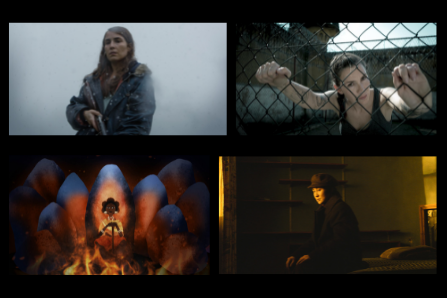 Four international film productions made with significant participation of Polish filmmakers will be presented in this year’s Polonica section at the Polish Film Festival in Gdynia.

Along with the Main Competition, Polonica is the oldest festival section. For years, it has been a review of selected new international co-productions made in cooperation with Polish producers and filmmakers. Audience of the 46th Polish Film Festival in Gdynia will have an opportunity to watch four films presented in that section.

The film, with a Swedish actress Noomi Rapace in a leading role, was awarded with the prize of originality in the Un Certain Regard section of this year’s Festival de Cannes. Co-producers: Klaudia Śmieja-Rostworowska, Beata Rzeźniczek, Bogna Szewczyk, Jan Naszewski. Edited by: Agnieszka Glińska.

The second feature length film of a Polish director, whose Butterfly Kisses (2017) was awarded by Youth Jury Generation 14plus with Crystal Bear for the Best Film at the Berlinale. Director of photography: Marcin Koszałka, co-producer: Klaudia Śmieja-Rostworowska. Among others, Piotr Adamczyk in the cast. Sound design: Zbigniew Malecki.