Polonica: Polish filmmakers in the world 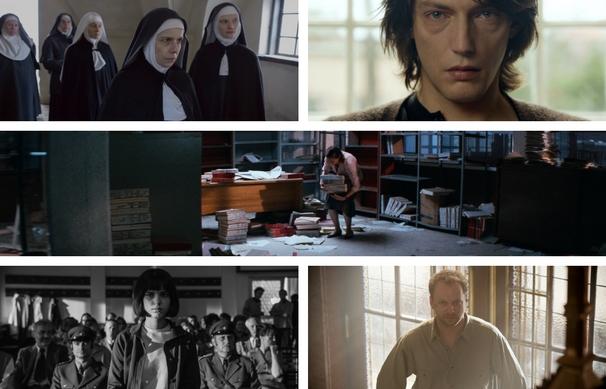 Polonica is the oldest, next to the Main Competition, section of the Gdynia Film Festival. It presents international co-productions with Polish contribution and films with significant artistic participation of the Polish filmmakers. The 41st Gdynia Film Festival will present five such films: “The Innocents” by Anne Fontaine, “Cosmos” by Andrzej Żuławski, “Red Captain” by Michał Kollar, “Panamerican Machinery” by Joaquin del Paso and “I, Olga Hepnarova” by Tomas Weinreb and Peter Kazda.

“The Innocents” is the most recent film by Anne Fontaine, the author of the memorable “Coco Chanel” and “The Girl from Monaco”, based on a true story. It is a French and Polish production made fully in Poland with the participation of exquisite Polish actresses, among others, Agata Kulesza, Agata Buzek, Joanna Kulig, Anna Próchniak, Katarzyna Dąbrowska, Helena Sujecka. The world premiere was held as part of Sundance, where the film was recognised by the Variety magazine as one of the best films of this year’s edition. It was also included in top 10 most important productions of the Festival according to “Vogue Magazine”. The film was positively received by the foreign critics for the “hypothising role of Agata Buzek” (hollywoodreporter.com) and a “brilliant creation of Agata Kulesza” (screendaily.com), as well as the “perfect screenplay” (thefilmstage.com), “ravishing beauty” and “picturesque shots, out of which every one could be a painting” (christianitytoday.com). The film was co-financed by the Polish Film Institute.

One of the most important events of this year’s Festival will be a screening of the French and Portugese “Cosmos” – the first film by Andrzej Żuławski since 15 years ago and at the same time his most recent one – a modernised adaptation of “Cosmos” by Gombrowicz. The film protagonists, Witold and Fuks go to a private guesthouse. The former failed his law exams, the latter abandoned his job with a Paris designer. Strange occurrences happen in this seemingly peaceful place. A sparrow hanging on a string, strange signs in the garden, a maid’s distorted lips hiding a mystery. The intriguing riddle is not the only thing on Witold’s mind – he falls head over heels with a married woman. “<Cosmos> is a great success. It is one of Żuławski’s best films, mature, not trying to show craziness but actually crazy,” Tadeusz Sobolewski wrote in “Gazeta Wyborcza”.

During the Festival, it will also be possible to watch the Slovak-Czech-Polish coproduction “Red Captain” by Michal Kollar. The Polish producer of the film is Mental Disorder 4. The director of photography is Kacper Fertacz. The film was co-financed by the Regional Film Fund in Cracow. The film is set in 1992. After the fall of communism many criminal cases remained unsolved with their perpetrators never punished. Krauz, a young, ambitious homicide detective, comes across one of them. A body with numerous traces of torture was found in the city cemetery. Krauz and his partner decide to solve the mystery. All clues lead to the Red Captain, a notorious interrogation specialist from the era of the former government. Few have survived meeting him. The film makes a conscious reference to the poetics of the American black detective film. Maciej Stuhr played the main role.

“Panamerican Machinery” is a rare example of a Mexican and Polish coproduction. The director, Joaquin del Paso, is a Mexican born in 1986, a graduate of a film school in Cuba (EICTV). In 2013, he graduated from the Łódź Film School and it is the very Łódź Film School that is the co-producer of this film. Del Paso is the initiator and co-founder of a film collective Amondo Films, operating in Warsaw, Delhi and Mexico. As director fo photography, he cooperates at numerous documentary and feature projects in Poland and abroad. “Panamerican Machinery” is his feature debut. The film had its premiere at this year’s festival in Berlin in the Forum section. It is a comedy of the absurd – an image of acting under threat, whose plot is set in a company unexpectedly facing the threat of going bankrupt. The fight for the “company family” involves surviving at any cost – no matter the consequences.

On 10 th July 1973 a 20-year- old Olga Hepnarova deliberately drives a rented lorry into a tram station in the centre of Prague. This tragic event became the basis for the Czech-Slovak-Polish film “I, Olga Hepnarova” by Tomas Weinreb and Peter Kazda. The title role of the film is played by a young, talented Polish actress Michalina Olszańska. The Polish producer of the film is MediaBrigade and the film was supported by Odra-Film as part of the Dolnośląski Film Competition and by the Polish Film Institute. Adam Sikora is the director of photography. In supporting roles, we will see many Polish actors, among others, Malwina Turek, Szymon Piotr Warszawski, Marta Mazurek and Krzysztof Kuliński.

Out of 25 people present at the station at that moment, eight died and eleven were severely injured. Asked about her motive, Hepnarova answered: “I don’t regret what happened in that street. I didn’t intend to injure those concrete people. I didn’t care who would die. The only thing that mattered to me was the aim I wanted to achieve. I wanted to take revenge on the whole society, my family included, on everybody who had treated me with enmity. If the society thinks that it can destroy an individual, the individual has the same right to ruin the society.” “I meant to show her as a person who is hurt, lonely and very lost,” Michalina Olszańska says in an interview for the sfp.org.pl portal. “Because, as we show in the film, it wasn’t true that everybody destroyed her. Unfortunately, nobody showed care to her. Her behaviour is a scream of despair, a desperate calling for attention.”

Michał Oleszczyk, the Artistic Director of the Festival, emphasises: “I cannot imagine the Festival without the Polonica section. It is beloved to the audience and also has a special symbolic meaning, showing how active the Polish filmmakers are internationally and how great their contributions to world projects are. In the contemporary age of coproduction, this is especially important and valuable.”