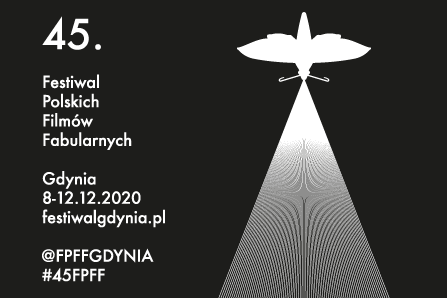 We are pleased to present the official poster of this year’s edition of the Polish Film Festival in Gdynia. The author of the poster is Małgorzata Gurowska – a visual artist, lecturer, curator, author of books.

Małgorzata Gurowska works with graphics, video, installation and drawing. She is a graduate of the Graphics Department of the Academy of Fine Arts in Warsaw, a professor running the Drawing Studio at the Sculpture Department of her alma mater. Author and co-author of award-winning books in which she focuses on social and political issues, in particular, critically describing human and non-human relations. She creates remembering to take into account the perspective of other species, especially those exploited and discriminated against by humans.

Her works have been shown at individual and collective exhibitions in Poland and around the world, incl. MYCOsystem at the XXII Triennale di Milano “Broken Nature: Design Takes on Human Survival”, “The Penumbral Age” at the Museum of Modern Art in Warsaw, “Magical Engagement” at the Municipal Gallery Arsenał in Poznań. She is a laureate of national and international awards.

– A human being could be at the center of a movie poster. Maybe he was once. Man with a camera, a man looking. The human eye, along with devices that expand the possibilities of visual perception and fix the image, is a tool for organizing the universe, cold, distant, measuring and calculating. Here, man disappears, a moth appears, an insect most willingly moving in the dark, but attracted by a stream of light. They are emitted by a movie projector, but also by the insect itself. This presence indicates a shift in perspective. The source of the image is a non-human, a different species. We begin to see through his prism, from his point of view. Man does not disappear, but ceases to be the only subject of cognition and the source of the story. We are opening up, also in the cinema, to various points of view, including points of view of non-human species – says Małgorzata Gurowska about the poster that will accompany the 45th edition of the Polish Film Festival.
The 45th Polish Film Festival in Gdynia is scheduled for December 8-12, 2020.