“Poster: Reactivation” – poster art has its rebirth at the Gdynia Film Festival! 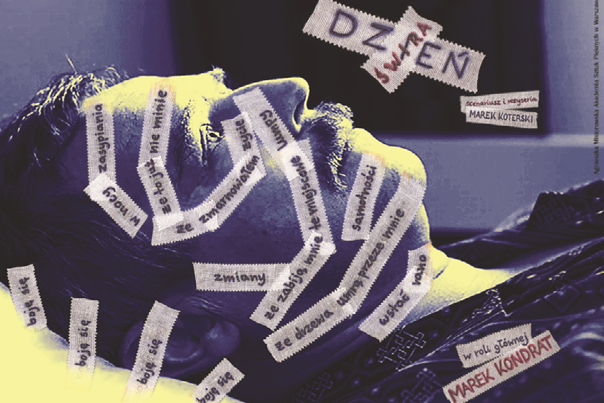 At the 40th Gdynia Film Festival premieres the exhibition “Poster: Reactivation” devoted to the works prepared by the students of the Academies of Fine Arts in Warsaw and Gdansk in order to re-interpret the films awarded with “The Golden Lions” for the last 40 years of the Festival.

The posters were created in three studios at the Academies of Fine Arts in Warsaw and Gdansk under the supervision of Professors Lech Majewski (Warsaw), Mieczysław Wasilewski (Warsaw) and Sławomir Witkowski (Gdansk). The students were commissioned to prepare new interpretations of the classic titles providing a set of unique works. The results prove that the poster art in Poland can be resurrected if only producers and distributors will show the courage in opting for non-standard methods of marketing and promotion.

Marcin Władyka – the originator and curator of the exhibition – is an academic teacher at the Academy of Fine Arts in Warsaw and the author of numerous posters for the Gdynia Film Festival. He also designed the new logo accompanying the Festival since the previous edition.

In the introduction to the exhibition by Marcin Władyka we read as follows:

“The young artists worked on “The Golden Lions”-winning film titles for their semester assignment and faced the challenge anew. Even if we consider that the creators only make their first steps in this wonderful field of design, we have to admit that, compared with the presentation of student posters, the visual layer of what contemporary street offers us is barely a calque and ersatz.

We want wise and visually powerful posters: the ones we could discuss and admire, the ones that would introduce some value to our culture and treat us seriously. We’re bored with the regular scrap paper which barely makes difference between films. Let’s start creating again!”

Michał Oleszczyk – the Artistic Director of the Festival – emphasises the exceptional place of the exhibition in the programme of the jubilee edition: “I think that Marcin Władyka’s idea is brilliant, maybe even revolutionary. These works show that Polish school of film poster can have its rebirth any time. Instead of the run-of-the-mill pattern of using publicity photos, films can gain beautiful visual interpretations that at the same time fulfil their marketing task. I encourage everyone to visit the exhibition in the Musical Theatre and hope that it triggers a real change for the better.”

The exhibition will be open in the Danuta Baduszkowa Musical Theatre in Gdynia between 14th and 19th September 2015. After the Festival, the works will be moved to the Gdynia Film Centre with an official vernissage. Further information will be provided in a separate press release.