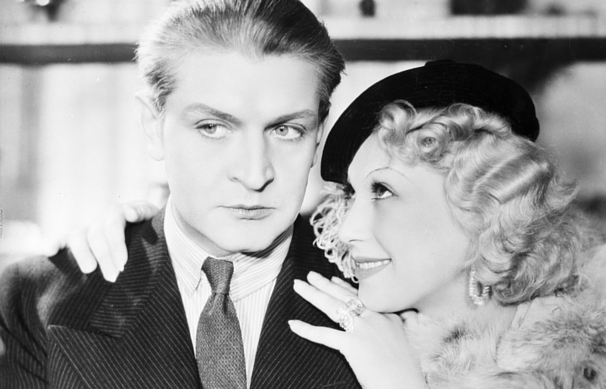 In 2014, the cycle “Pre-War Cinema Treasures” had its debut at the Gdynia Film Festival. It was initiated by the GFF Artistic Director, Michał Oleszczyk, and co-ordinated by the National Film Archive. Encouraged by its enormous popularity with the audience, we will present a part of the pre-war collection of Polish archival films also this year – in outstanding quality of image and sound.

In the “Pre-War Cinema Treasures” section, three films will be presented and a meeting dedicated to the most recent project of the National Film Archive will be held. The viewers will watch two comedies: “Fredek uszczęśliwia świat” and “Dwie Joasie” as well as a drama: “Księżna Łowicka”. As a novelty, short film programmes entitled “Out of love to the cinema” will precede every screening. The National Film Archive experts will familiarise the audience with the reality of film production and with the profiles of the filmmakers and actors, as well as with the tricks of the trade of old films’ conservation and digitization. Each of the films has been subjected to the process of digital reconstruction as part of the ‘NITROFILM. Conservation and digitization of the pre-war feature films at the National Film Archive’ project as well as has been supplemented with extracts that had been lost during the war. Thanks to that, the Gdynia audience will have the chance to watch them in outstanding quality. “The National Film Archive undertakes the effort of digitizing the pre-war part of the heritage of the Polish cinematography, which is extremely precious,” the Director of the Institution, Anna Sienkiewicz-Rogowska emphasises. “Thanks to the sharing of the resources of the National Film Archive, we have the chance to explore our history anew”.

In addition, during the 41st Gdynia Film Festival, the National Film Archive will also present a project of the reconstruction of the film by Konstanty Meglicki entitled “Halka”. The story of this film is unusual. Nearly three years after its premiere, which was held in 1929, the film was re-edited, provided with a sound track and re-screened as a talking movie. Dubbing was made by the then popular soprano singer Zuzanna Karin and the tenor Władysław Ladis, brother of the outstanding singer Jan Kiepura. In group scenes, we can hear the choir and orchestra of the Warsaw Opera.

The film was not known to the after-war audience. Until now, only the final extract of the initial, mute version of the film from 1929 was known. In the collections of the National Film Archive, extensive extracts of the materials used for the talking version from 1932 have been preserved: cut negative of the image, negative of the sound, sound cuts and a rush print. For decades, their condition did not allow for exploitation. It was only digital technologies that enabled their saving in a digital form. The National Film Archive has also undertaken the digital reconstruction of the film, which is quite a dare-devil task, taking into account the number and nature of the materials preserved.

The ‘NITROFILM. Conservation and digitization of the pre-war feature films at the National Film Archive in Warsaw’ project concerns the most precious collection in the Archive’s resources. It currently includes ca. 160 Polish pre-war feature films. It is a unique collection which has been built since the beginning of the existence of the Film Archive and is still being supplemented, which is proven by the recent discoveries of the Polish feature films which had been deemed lost during the war. NITROFILM includes 43 titles of this collection.

“The Pre-War Cinema Treasures section reaffirms its presence at Poland’s largest film festival, which is a reason for great joy to me. When I was starting my work for the GFF two years ago, creating this section was one of my priorities and I am pleased with the fact that not only has it been very warmly welcome by the audience but year by year, it has also been developing and becoming an increasingly rich presentation of the film output of the interwar period,” says Michał Oleszczyk, the Artistic Director of the Gdynia Film Festival.

Descriptions of the films from the section:

“Księżna Łowicka” is one of few pre-war Polish historical costume films, made with a great flourish – especially in the art direction layer. Especially interesting is the scene of a masquerade party in Łazienki – the last Polish royal residence. The film was screened also in the USA and Canada.

“Dwie Joasie” starring Jadwiga Smosarska in a leading role is an amusing story of a beautiful girl who – in order to avoid pushy suitors at work – dedides to dress up as a shy and slightly eccentric ugly girl. It is the only pre-war talking movie which has been preserved in a version with bilingual subtitles.

“Fredek uszczęśliwia świat” is a comedy far exceeding the average Polish production of the thirties. Until now, it was known only in extensive extracts. Thanks to the juxtaposition of the three preserved copies, the film could be supplemented with almost 10 minutes of lost material.