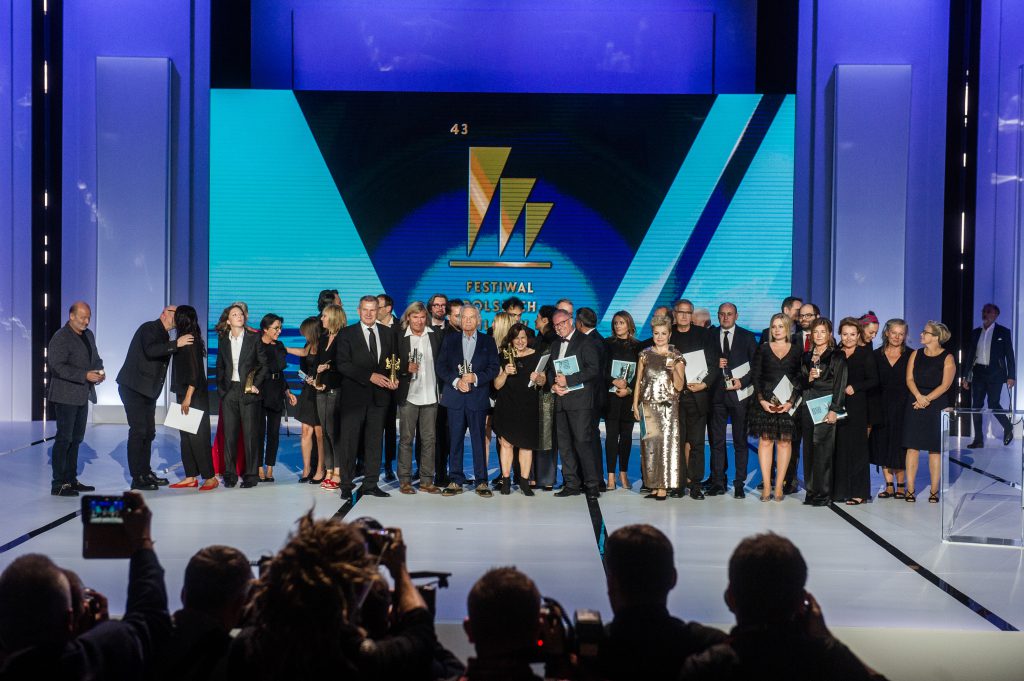 The Jury of 43rd Polish Film Festival in Gdynia, i.e.

in the sitting of 21 September 2018, awarded the following prizes:

A Special Award of 43rd Polish Film Festival to director Wojciech Smarzowski for Clergy. Reasons: for the courage to explore a topic of particular importance to the public.

A Special Award of 43rd Polish Film Festival to director Marek Koterski for 7 Emotions. Reasons: for creating an original image of the world.

The following artists were awarded prizes for individual achievement:

Adrian Panek for directing in Werewolf

Antoni Komasa-Łazarkiewicz for music in Werewolf and The Butler

Mira Wojtczak, Ewa Drobiec for make-up in The Butler

on viewing the eight films selected for Visions Apart Competition, unanimously awarded the prize of Golden Claw to Nina, directed by Olga Chajdas, and produced by Dariusz Pietrykowski (FILM IT). Reasons: for a personal voice in artistic expression, exploration of a novel topic in Polish cinematography, and excellent filmmaking.

The Jury conferred a Special Jury Award on Monument, directed by Jagoda Szelc. Reasons: for a genuinely innovative film narration and relentless pursuit of her own artistic pathway.

At the Gala held at the Musical Theatre, Jerzy Skolimowski lifted Platinum Lions, the prize awarded by the Festival Organising Committee for lifetime achievement.

43rd Polish Feature Film Festival was held in Gdynia from 17 to 22 September.

The Festival Organisers are: the Ministry of Culture and National Heritage of the Republic of Poland, Polish Film Institute, Polish Filmmakers Association, the Mayor of the City of Gdynia, the Governor of Pomerania Province; the co-organisers are: Telewizja Polska, Adam Mickiewicz Institute, the National Centre for Culture. The Main Sponsor of 43rd PFFF is PKO Bank Polski.