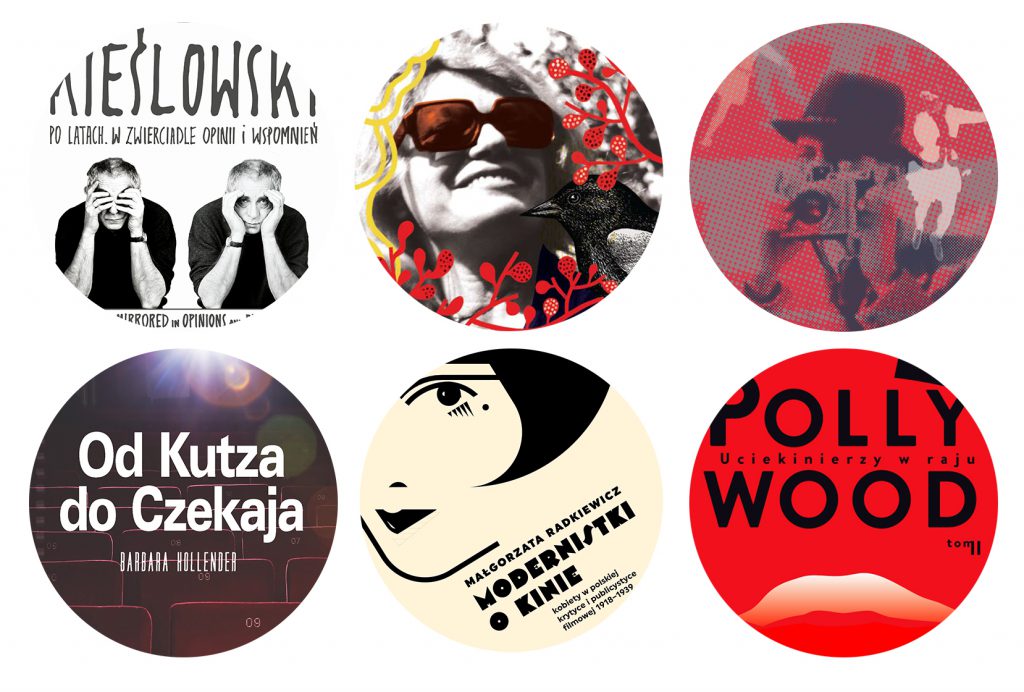 It is a tradition of the Gdynia Festival that meetings with authors of film books and discussions with the readers about the present and the past of the Polish cinema take place. The 41st Gdynia Film Festival invites to promotional events.

Book promotion – “KIEŚLOWSKI YEARS LATER. IN THE MIRROR OF OPINIONS AND MEMORIES” EDITED BY STANISŁAW ZAWIŚLIŃSKI AND KRYSTYNA ZAMYSŁOWSKA

Book promotion – “THE SOUL SEISMOGRAPH. THE CINEMA ACCORDING TO MARIA KORNATOWSKA” EDITED BY PROF. TADEUSZ SZCZEPAŃSKI

“THE ECONOMIC HISTORY OF POLISH CINEMA. VOLUME 1. FREE-MARKET FILM INDUSTRY FROM 1896 TO 1939” BY PROF. EDWARD ZAJIČEK

Book promotion – “FROM KUTZ TO CZEKAJ” BY BARBARA HOLLENDER

Book promotion – “FEMALE MODERNISTS ON CINEMA. WOMEN IN POLISH FILM CRITICISM AND JOURNALISM FROM 1918 TO 1939” BY PROF. MAŁGORZATA RADKIEWICZ

“KIEŚLOWSKI YEARS LATER. IN THE MIRROR OF OPINIONS AND MEMORIES” EDITED BY STANISŁAW ZAWIŚLIŃSKI AND KRYSTYNA ZAMYSŁOWSKA

Editors Stanisław Zawiśliński and Krystyna Zamysłowska made a selection of memories, views and opinions on Kieślowski and his works which emerged in the past twenty years after his death.

“THE SOUL SEISMOGRAPH. THE CINEMA ACCORDING TO MARIA KORNATOWSKA” EDITED BY PROF. TADEUSZ SZCZEPAŃSKI

Panel of the Lodz Film School Publishing House and National Film Archive on Polish Pre-War Cinema: a promotional event for a book by Professor Edward Zajičk “The Economic History of Polish Cinema. Volume 1. Free-market Film Industry from 1896 to 1939” and a case study: experiments at the dawn of sound cinema – the restoration of “Halka” (1929/1932).

The book “The Economic History of Polish Cinema. Volume 1. Free-market Film Industry from 1896 to 1939” by Professor Edward Zajičk (Lodz Film School Publishing House) is the result of many years of research into the history of Polish cinema: from its beginnings, through the characteristics of legal and organisational systems, to a description of institutions and people who influenced the shape of Polish film. It is the only book in which readers will find the history of film studios, successive legal acts, famous producers and production directors.

First published in 2008, the new revised and supplemented edition features illustrations, stills and unique photographs documenting the filmmaking reality of the pre-war period.

The National Film Archive will present a case study: the digital restoration of “Halka” by Konstanty Meglicki. Nearly three years after its premiere in 1929, the film was re-edited, post-scored and released to cinema again as a sound feature. It had remained unknown for the post-war audience, who coulndn’t see more than the final fragment of the original silent version from 1929. The National Film Archive, however, saved ample materials for the 1932 sound version: an edited film negative, sound negative, extra audio footage and a working copy. For decades, their quality wouldn’t allow for exploitation. Only with the coming of digital technologies was it possible to preserve them in a digital format. The National Film Archive also set out to restore the film itself in both its original silent version and (partially) post-scored one.

“FROM KUTZ TO CZEKAJ” BY BARBARA HOLLENDER

Why does Kazimierz Kutz think that everything in his life came 20 years too late? Has Jerzy Antczak ever thought about coming back to Poland for good? What is Robert Gliński missing in life? And what did Marcin Wrona say shortly before he died?
After the book “Od Wajdy do Komasy”, it’s the new collection of essays by Barbara Hollender that paint a panorama of Polish film.

“FEMALE MODERNISTS ON CINEMA. WOMEN IN POLISH FILM CRITICISM AND JOURNALISM FROM 1918 TO 1939” BY PROF. MAŁGORZATA RADKIEWICZ

In her detailed analysis, the author lets the archives speak with the voice of women who reflected upon the cinema during that period. Female reporters, critics and journalists were keeping abreast of and commenting upon the changes in the world of film: controversies surrounding the introduction of sound, avant-garde experiments, the rise and fall of film stars, and career paths of famous directors. Their words create a multi-layer mosaic of the industry and the entire period, telling a story about the shaping of modern, emancipated womanhood between the lines.

“Pollywood. Volume II. Escapees in Paradise” continues the colourful story about the pioneers of the entertainment industry, mainly its film branch, whose hearts and roots were in Poland.

In volume one, with eloquence and humour, the author told the stories of the Warner brothers, Samuel Goldwyn, Louis B. Meyer and Pola Negri to name a few. It’s time for a bunch of new dreamers who made their American dream come true just like in films! And all this in a meticulously published book with a cover resembling a film poster.