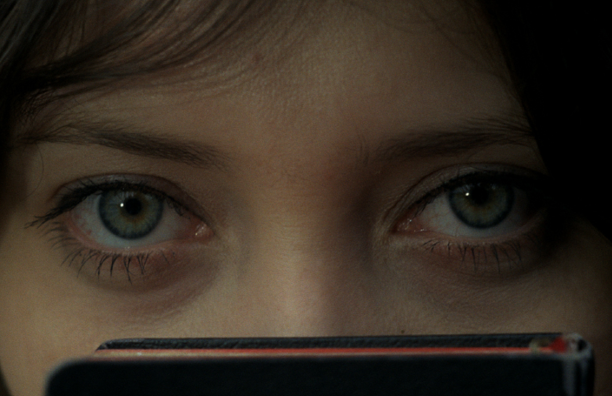 Pure Classics, a permanent section of the Gdynia Film Festival, is devoted to the digitally reconstructed masterpieces of the Polish cinematography. Every year, as part of the KinoRP project, Gdynia Film Festival and its partners: the KPD company and the Digital Film Repository make several selected masterpieces of the Polish cinema available to the audience.

During the 40th Gdynia Film Festival, we will watch seven titles in the section. We will present the hit movie of the 70s, that is, “Story of a Sin” (1974) by Walerian Borowczyk based on a formerly-scandalous novel by Stefan Żeromski. Next to that – “Nightmares” (1978) by Wojciech Marczewski, mainly inspired by a famous and controversial book by Emil Zegadłowicz. Then, Janusz Majewski, in his “Lesson of a Dead Language” (1979) based on Andrzej Kuśniewicz’s novel, drawing analogy between the dying of a young soldier and the fading away of the world, returns to his favourite era. Edward Żebrowski in his authorship adaptation of “Hospital of the Transfiguration” (1978) by Stanisław Lem places his protagonists in an extreme situation, forcing them to make hard choices in the face of the upcoming war.

Within the Pure Classics section, the Festival invites to screenings in the In memoriam cycle, commemorating the prizewinners of the Festival who have passed away recently: Barbara Sass-Zdort and Krzysztof Krauze. We will watch the digitally reconstructed “The Scream” by Barbara Sass-Zdort and “My Nikifor” by Krzysztof Krauze. A real find for the Polish cinema aficionados will be the screening of the “Deklinacja” short film by the artist. The film was created in Studio Miniatur Filmowych in 1979.

The Artistic Director of the Festival, Michał Oleszczyk, emphasises that the section is aimed at presenting the classic Polish films to the Festival audience as well as to honour the people who created them. “Each screening in the Pure Classics cycle is added splendour to by the presence of the filmmakers and the film crew representatives, who have the chance to tell the story of the cult films to the viewers. Those meetings, held by Anita Skwara this year, are the best lesson of the history of the Polish cinema that one can imagine. In addition, one of the meetings, following the screening of “Story of a Sin” by Borowczyk, will be held by Kuba Mikurda who is currently making a documentary about the director. Borowczyk’s work experiences a world renaissance at present, and this month, in the U.S., the first scholarly publication devoted to his work, which I had the pleasure to edit together with Kuba and Kamila Kuc, will be issued. The Pure Classics screening will be a long-awaited premiere of the digitally reconstructed version of the once-scandalous film.”

The Pure Classics section of the Gdynia Film Festival was initiated in 2008 with the screening of “Night Train” by Jerzy Kawalerowicz. KinoRP Project brings back to the viewers – mainly in the cinemas but also in the HD and Ultra HD television as well as on Blu-ray and DVD carriers – the Polish film classics in a perfect digital quality of image and sound. “KinoRP is an educational project at large – thanks to it, young people, brought up in the world of digital technologies, can get to know the most outstanding Polish films in the best quality and on the silver screen,” says Grzegorz Molewski, the initiator and head of the KinoRP project. “All the reconstructions are conducted with the participation of the filmmakers: cinematographers and directors. Artistic supervision over the reconstructions performed within the KinoRP project is carried out by the most outstanding Polish cinematographers, among others, Witold Sobociński, Jerzy Wójcik, Jerzy Łukaszewicz, Grzegorz Kędzierski.”

KinoRP i san undertaking initiated by the KPD company, which also co-ordinated the reconstruction process of the famous film “I hate Mondays” by Tadeusz Chmielewski, the prizewinner of this year’s Platinum Lions.