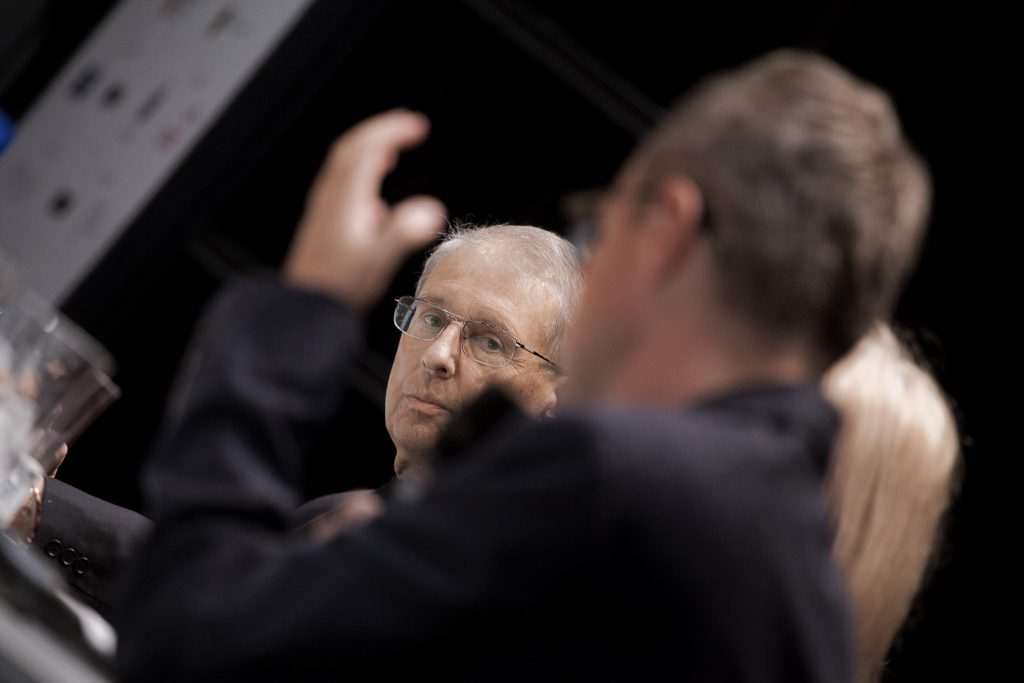 We were saddened to have received the news of the death of Ryszard Bugajski, an outstanding film director, screenwriter and novelist, the creator of the legendary “Interrogation” – a work that became the most famous Polish “shelved” film (banned by the Main Office of Control of Press, Publications and Shows, which was a governmental institution for censorship in communist Poland). Ryszard Bugajski died in Warsaw on June 7, 2019. He was 76 years old.

Ryszard Bugajski was born on April 27, 1943 in Warsaw. He studied philosophy at the University of Warsaw and film direction at The Film School in Łódź, which he graduated in 1973. In the 1970s he belonged to Andrzej Wajda’s “X” production team. He made his debut in 1979 with the psychological drama “A Woman and a Woman”, which is a study of the relationships of two heroines who try to save their friendship, even though one of them strives for a career at all costs.

The most-publicized film by Ryszard Bugajski is the “Interrogation” from 1982. It had to wait seven years for its premiere. Considered by the communist authorities of Poland as “the most anti‑communist movie in the history of the Polish People’s Republic”, the film was a great sensation at the Cannes Festival in 1990. Krystyna Janda, who portrayed the main character – a young woman imprisoned in a Stalinist prison, won the best actress award for her performance.

Ryszard Bugajski, persecuted by the authorities, left Poland. In 1985-1995 he lived in Canada, where he worked on popular television series. After returning to Poland, he made “Gracze” [“Players”] (1995), a film about an attempt to assassinate Lech Wałęsa and the presidential campaign of 1990. In 1997, he became the main director of “Wiadomości”, a news program on Polish National Television. He created the TV drama series “Tak czy nie?” [“Yes or no?”] (2003), and the cinema feature film “General Nil” (2009) with Olgierd Łukaszewicz as the AK Kedyw commander. “The closed Circuit” (2013), the film with Janusz Gajos and Kazimierz Kaczor in the main roles, is a story inspired by real events of a group of Polish entrepreneurs, wrongly accused and arrested in 2003.

In his latest film, Ryszard Bugajski returned to the Stalinist era, telling the story of Julia Brystigerowa, the famous executioner of the Ministry of Public Security, who in 1960, when she was an editor at The State Publishing Institute PIW, went to Laski to meet Primate Wyszynski (Marek Kalita ). The main role in “Blindness” (2016) was entrusted to the director’s wife, Maria Mamon. The film was selected for the Main Competition of the 41st Polish Film Festival.

For his work he received many awards at film festivals, including the Special Award and the Audience Award at the Polish Film Festival for “Interrogation”, the Golden Bunch in Lagów, and the Silver Hugo Award at the Chicago Film Festival.

He was awarded the Officer’s Cross of the Order of Polonia Restituta in 2008 for “outstanding achievements in activities for democratic transformation in Poland, for achievements in the professional and social work undertaken for the benefit of the country”. In the same year he also received the Gold Medal “Merit to Culture – Gloria Artis”.

photo above by: Anna Rezulak
photo on the slider by: Mateusz Ochocki

both taken during the 41st FPFF.