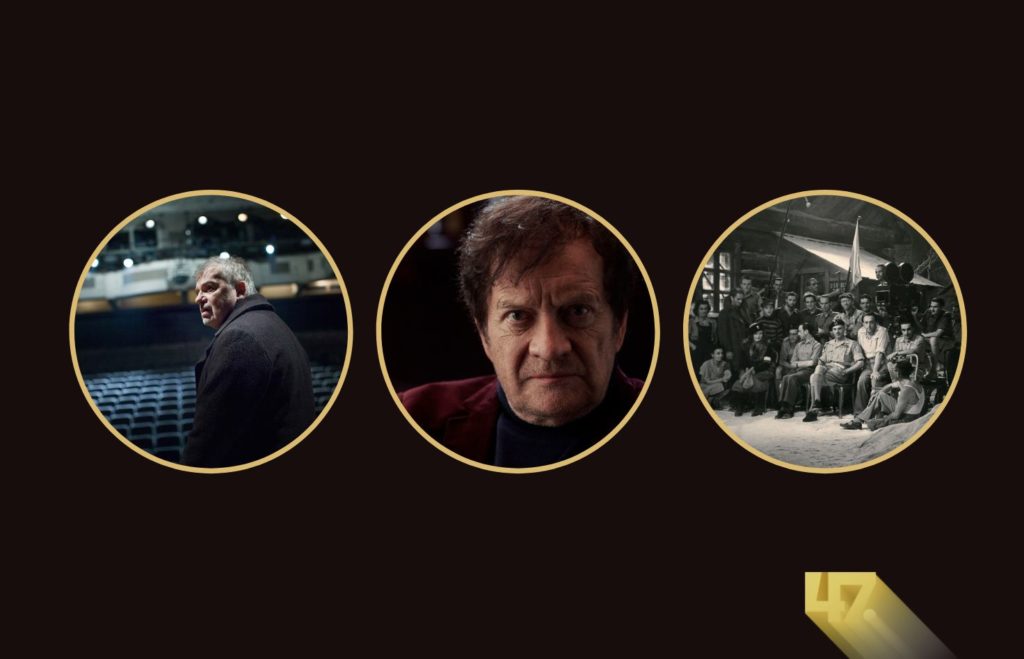 The Polish Film Festival would not exist without special screenings. This year, we would like to invite you to three exceptional screenings combined with the meetings.

What makes life matter: success or love? Joachim, a fulfilled man in the winter of his life, and David, a mathematical genius, ask themselves this question. In his film The Perfect Number Krzysztof Zanussi revisits the themes central to his filmography, which he had already explored in films such as The Structure of Crystal and The Illumination. This time the answers he gives are tricky and far from obvious.

Do you stop being an actor when you can’t speak? Adam is at the peak of his career. His whole life is on the stage to the extent that he often puts acting first, neglecting his near and dear. Once in a role of a sinful but noble angel, now he need one. Adam had a massive stroke. Doctors are fighting for his life, but the odds are against him. He needs to be taught everything anew for the disease will take away his speech and body control. The fight to keep the promise that he will stand on the stage again and play begins. True Life of Angels is inspired by the story of Krzysztof Globisz, playing the lead role. We’ll also see Jerzy Trela on the screen, in his last role.

National Film Archive – Audiovisual Institute invites to the re-premiere of the digitally remastered first Polish post-war feature film The Great Way directed by Michał Waszyński (1946). The film presents the life of an engaged couple divided by war: from the Siege of Lwów in 1939 through the establishment of Anders’ Army in the USSR, deserts of Iran, Iraq, Palestine and Egypt to the Italian campaign. A crucial part of the film is genuine documentary footage, i.a., from the Battle of Monte Cassino.

Special screenings at the 47th PFF:

True Life of Angels, written and directed by: Artur W. Baron / after the screening, a meeting with Krzysztof Globisz and the filmmakers / exhibition of painting works and graphics by Krzysztof Globisz in Grunwaldzki Square