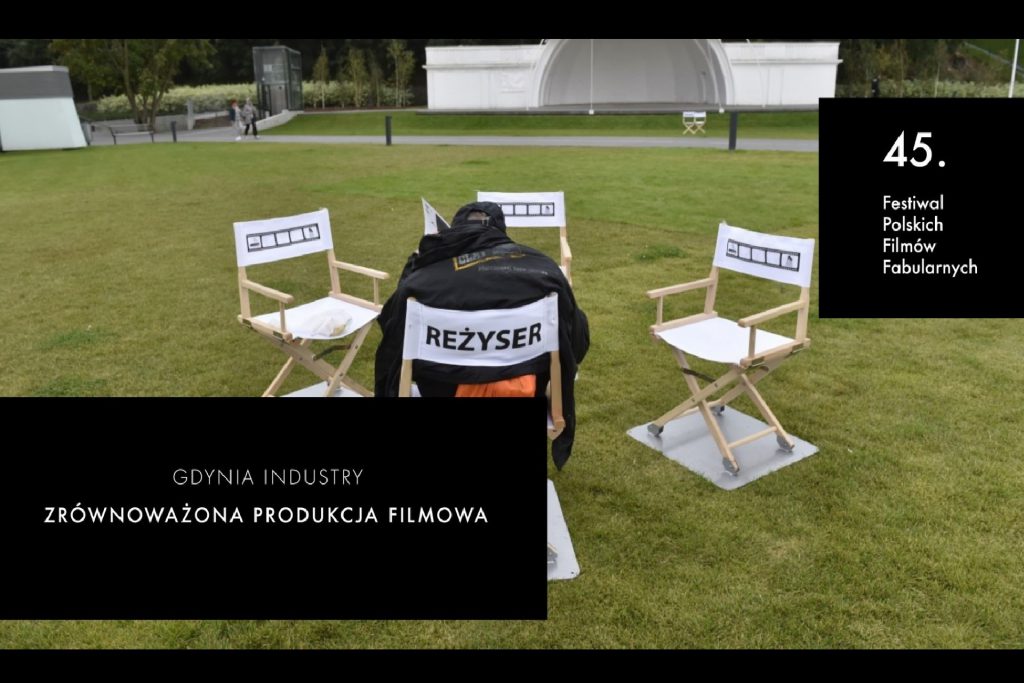 The conversation will be available on the PFF’s social media and will be hosted by Aleksandra Leszczyńska, a green activist and producer.

Greenfilming is a concept and solutions that have been operating in the world for over ten years, helping filmmakers to implement film projects and at the same time care for our planet.

During the panel, we will look at the situation in Poland, what tools we have at our disposal and what challenges and problems are encountered by filmmakers who want to make their film eco-friendly.

We will talk about the opportunities facing the industry and what kind of institutional support do filmmakers need. Finally, we will consider how to effectively promote and communicate ecological approach and ideas.

He was born in Białystok on May 15, 1992. Film and theatre actor. In 2016 he graduated from the Ludwik Solski Academy for the Dramatic Arts in Kraków. He made his debut in 1999 as the title character in the play Little Prince directed by Tomasz Hynek. He performed at the The Helena Modrzejewska National Stary Theatre in Krakow until 2014, and in January 2018 he joined the Nowy Teatr ensemble in Warsaw. He appeared in such films as The Man with the Magic Box, Clergy and Corpus Christi, for which he received a special Elle Crystal Star award at the 45th Polish Film Festival last year. This year in Gdynia you can see him in Ondine and Magnesium.

Associated with the film industry since 2007. She is a representative of the Lodz Film Commission in local and international industry organizations: the Polish Producers Alliance (KIPA), in which from 2019 she is a member of the Management Board and chairwoman of the Regional Film Funds section, and from 2020 she sits on the presidium of KIPA and the TV Series Producers section, AFCI (International Association of Film Commissioners) and CineRegio, the association of European film funds. In the latter, she particularly participates in the works of the Green Regio and Anima Regio sections. She has many years of experience in working with film producers. For years, she has been implementing solutions for the development of the film industry. Currently, she is involved in work on the development of “green filming” principles based on European standards, a training system and an incentive system that will help reduce the carbon footprint, gas emissions and the amount of garbage produced on filming sets. These activities are undertaken in close cooperation with KIPA and representatives of the environment. She also lobbies for the introduction of provisions regarding ecologically sustainable film production in the programme documents of the Regional Film Funds and the Polish Film Institute.

Director and screenwriter. Graduated from the Academy of Fine Arts in Wrocław in 2006. In 2004, she received the scholarship of the Aristotle University of Thessaloniki and in 2012 – of the Minister of Culture and National Heritage. Graduated with honours from the Film and Television Direction Department of Lodz Film School in 2018. Her films screened at such events as Karlovy Vary IFF, Hot Docs, Festival de Cannes, Court Métrage, New Horizons and Brooklyn Film Festival. Her short film Such a Landscape won the Laszlo Kovacs Student Award – The Golden Tadpole at the 2013 Camerimage. Her film Tower. A Bright Day brought her two individual awards, for directing debut and screenplay, at the 2017 PFF in Gdynia. In 2018, the film was selected for Forum, a prestigious section of the Berlin International Film Festival. Recipient of the 2018 Polityka Passport Award for Film. The same year, she finished her second full-length film, Monument (Special Award at the 2018 PFF in Gdynia). Already a lecturer in Feature Film at Lodz Film School, this year, she also joined the staff of the Academy of Fine Arts in Wrocław. Vegan. Friend of the organisation Otwarte Klatki fighting animal cruelty and neglect. This year she is a Juror in the Short Film Competition of the Polish Film Festival.

Owner of the Silver Frame company. A graduate of the Faculty of Journalism and Political Science at the University of Warsaw and the Program for Creative Producers at the Wajda School. Completed e-learning Digital Storytelling course at the University of Birmingham and The Business Of Film at Open University. In the period 2007-2013 he was associated with Telewizja Polska. Co-creator of the setting of television programs and series, including: Rodzinka.pl, Days of Honour, Spokojnie, to tylko ekonomia. Participant of PRO INDUSTRY workshops organized by Off Plus Camera, Doc Lab Poland and Emerging Producers 2019 in Jihlava. Member of the board of the National Chamber of Audiovisual Producers and Chinese European Partnership of Development. Chairman of the Young Producers Section at KIPA. In 2019 he took part in the IDFA Academy workshop in Amsterdam.

She started working in the film industry over ten years ago in Spain, after studying at Media Business School. After moving to Poland, she worked, among others in Polish Film Institute and Creative Europe. For several years, he has been dealing with financing and accounting for film projects, as well as moderating industry meetings and conducting pitching workshops. Currently, he is finishing studies in Environmental Protection and is fighting for greener film productions.