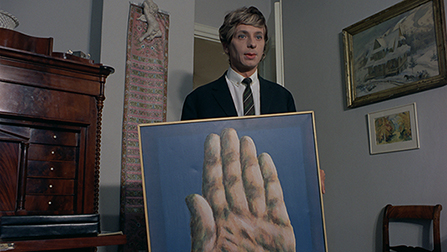 “Man-Woman Wanted”, “A Junglebook of Regulations” and “What Will You Do When You Catch Me?” – three comedies by Stanisław Bareja will be presented in the outdoor screenings of the 42nd Polish Film Festival. We invite the participants of the Festival, as well as the inhabitants of the Tri-City, to Grunwaldzki Square in Gdynia.

One could long recollect the memorable phrases, dialogues, scenes and gags from Stanisław Bareja’s films. This year, 30 years pass from the death of this screenwriter and director, probably the most witty and observant archivist of the everyday life of the Polish People Republic’s times. He brought to life a number of film characters who stayed in the collective imagination of a few generations of Poles forever.

Stanisław Bareja’s films occupy the top positions on the lists of the most popular Polish comedies and films described as „iconic”. Many of us can easily quote its extracts. The comedy, often absurd and preposterous, atmosphere of the past years i salso recalled by typical musical motives, composed by such geniuses of film, entertainment and jazz music, as Waldemar Kazanecki, Jerzy Derfel and Jerzy „Duduś” Matuszkiewicz.

The Outdoor Screenings during the 42nd Polish Film Festival in Gdynia will then be fun and a sentimental journey to the 70’s, to which the viewers will be taken by three comedies of the Polish master of the genre (an a creator of his own kind). All you need to do is have a comfortable sit on the deckchairs in Grunwaldzki Square, between Gdynia Film Centre and the Musical Theatre.

„Man-Woman Wanted” (1973) is the most famous male-female “dressing up game” in the history of Polish cinema, with an excellent performance by Wojciech Pokora in a female role. A film which was nearly ten years ahead of the acclaimed Tootsie from 1982 directed by Sidney Pollack. The departure point of the story is almost action-packed: when a certain painter steals his own painting to raise interest in his works, an inconspicuous museum employee, Stanisław, becomes the suspect…

A satire on the housing problems of Poles at the times of the Polish People’s Republic has been shown by Stanisław Bareja in his comedy “A Junglebook of Regulations” (1974). Wanda and Janek live squeezed in a tiny room in an old villa – the other rooms have been turned into noisy offices – and they dream about their own apartment. One day, a certain Mr. Malinowski suggests an exchange: their minute place for a two-room flat in a newly-built block. Excited about such a prospect, though suspicious at first, the young couple accept the offer but reality turns out far from their dreams…

The third film which will be presented in the Festival outdoor screenings, „What Will You Do if You Catch Me?” (1978) is a satirical comedy of manners targeted against the absurdities of social, family and professional life in the reality of the Polish People’s Republic. The adventures of director Krzakoski who tries to save his endangered position in a large company through an advantageous marriage.

The outdoor screenings during the 42nd Polish Film Festival will be held in three consecutive evenings, from Tuesday to Thursday (19-21 September 2017), in Grunwaldzki Square in Gdynia. The 42nd PFF begins on 18th September 2017.